I am so over "America's Next Top Model," a shameful secret vice my wife and I have had since cycle two. Watching Tyra coax models out of her "girls" has been a strange fascination for a few years, but the show has gotten totally pathetic. Every cycle Tyra gets crazier - her eyes get bigger, her hair bigger, her behavior more extreme, her squawking and shrieking about "Top Model" values feels like these poor girls have been locked in a house with an abusive stage mother. Watching her torture waifs from trailer parks across America until they perform like trained monkeys for her pleasure feels less and less like hilarious sadism and more like actual sadism. When they lost Janice Dickinson, they lost the ridiculous heart of the show, and now this sanctimonious program seriously believes that modeling is a redemptive act for the human spirit, an idea so stupid that the producers should be impaled on the end of a finely polished Manolo Blahnik stiletto heel. 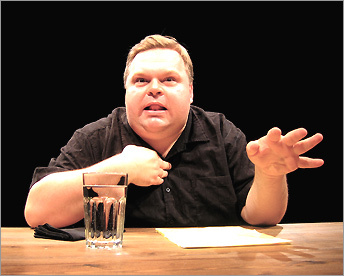