New sounds from close to home 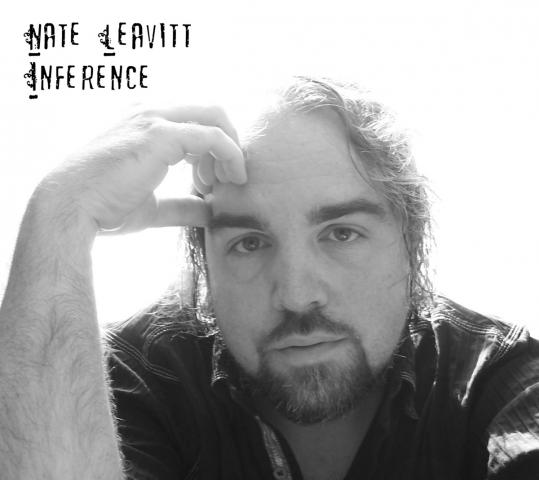 It’s something of a wonder that Nate Leavitt even had the time to write and record the tracks that make up his debut solo EP, given his regular gigs as guitarist for busy Boston bands the Blizzard of 78 and Parlour Bells, both of which also have new EPs out. Granted, Leavitt’s own mostly acoustic EP is modest at four tracks, but it goes a long way toward effectively reflecting his affinity for the softer sounds of singer-songwriter folk and alt-country of the Ryan Adams (circa “Heartbreaker’’) variety.

Recorded mostly with Leavitt sitting alone in front of the fireplace at his family’s Cape Cod summer home, “Inference’’ is an emotionally stark, bare-bones affair that puts his plainspoken, plaintive voice squarely front and center. The opener, “My End,’’ strummed as slow as molasses and infused with a dollop of resonator guitar, is not as downcast as its title or melody would suggest. “The World Today,’’ a cautionary tale about the costs of the wars we wage, however, is indeed as sourly depressing as it is sweetly rendered.

A pair of lonely love songs, “Alone Together’’ and “Won’t You Be Mine,’’ closes out this collection where fragile hope and quiet despair sit snugly, and quite enjoyably, side by side. (Out now at www.nateleavitt.bandcamp.com)

Nate Leavitt hosts an EP-release show at the Rosebud Bar on Thursday with Tad McKitterick and Kate Murdoch of Sidewalk Driver, and Dan Nicklin and Ryan Peters of OldJack. 8 p.m., Cover: $5. 21+. www.rosebudbardavis.com