Gaga’s ‘Born This Way’ is a long-awaited letdown 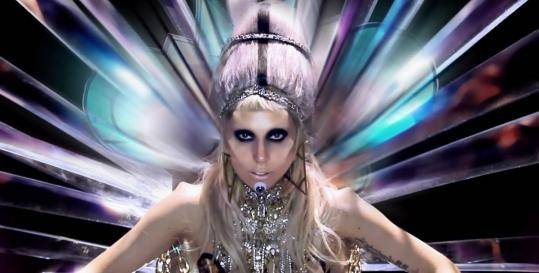 You knew it would come to this. After months of hype, teases, and a handful of singles, Lady Gaga’s new album has arrived — and it’s a letdown, the most deflated moment in pop music this year.

With “Born This Way,’’ which was released today, Gaga truly has become the blueprint for a modern pop star. Everything on the album is meant to be consumed as one download at a time; if you add up the moving parts, you’ll get a clutch of songs bound together by nothing more than the same release date.

“Born This Way,’’ Gaga’s second full-length album and follow-up to 2009’s “The Fame Monster,’’ bludgeons you with its excesses, borrowing heavily from ’80s arena rock and dance beats from ’90s techno. With 14 songs clocking in at an hour, it’s an album that doesn’t know its own hulking weight. (The deluxe edition swells to 17 songs, plus a bonus disc of remixes.)

Of course, it’s never enough to judge Gaga simply by the music. At 25, she sees herself as something greater than a pop star. She’s a performance artist, and there’s more to her than meets the ear. No matter how banal a single is — and “Judas’’ is Gaga at her most tepid — it’ll come fully equipped with an epic video, an outlandish costume, a fleeting bit of controversy that gets us talking the next morning.

Let’s give credit where it’s due: Much of “Born This Way’’ sounds distinctive and more expansive than Gaga’s previous work. An industrial grime coats “Heavy Metal Lover,’’ and you won’t be forgetting this risque zinger anytime soon: “I want your whiskey mouth/ All over my blond south.’’

The album comes alive with surprises, too. Clarence Clemons, the saxophonist for Bruce Springsteen’s E Street Band, imbues “The Edge of Glory’’ with unexpected grace. On “Americano,’’ in which Gaga romances a girl she met in east LA, she mashes up electro-tango and flamenco guitar for a pan-Latin pastiche.

Gaga mines her usual themes — acceptance, tolerance, religion, sex — but the songwriting feels thin, especially when buried under the layers of bombast. Nuance is her enemy on this album. Her championing of underdogs and outsiders has always been noble, but a slogan doesn’t equal substance, as “Bad Kids’’ points out.

Not that Gaga will go down as the great lyricist of her time, but at least her previous hits stuck in your brain for their playfulness. There’s something fun and frivolous about how her choruses roll off your tongue like clever wordplay.

There’s hardly anything carefree on “Born This Way.’’ It’s astonishing how seriously Gaga takes herself on “Hair,’’ an ode to self-empowerment that dares you not to laugh during its chorus: “I’ve had enough/ This is my prayer/ That I’ll die living/ Just as free as my hair.’’ She’s so invested in the words that she transforms them into something approaching gospel fervor.

As her live performances have proved, when Gaga tones it down, she’s often devastating. On “You and I,’’ which fans first heard as a poignant piano ballad during her concerts, fabled producer Robert “Mutt’’ Lange fleshed out the song with Queen’s Brian May on electric guitar, stadium-size drums, and supple back-up vocals. Oddly enough, with some tweaking, it would make a fantastic single for country radio.

“Bloody Mary’’ trims some of the production fat, and even with its pseudo-religious premise (“I won’t cry for you/ I won’t crucify the things you do’’), it’s refreshing to hear Gaga retreat into the song’s sensuality.

It’s one of the few moments that digs deeper and compels you to think about something besides the dance floor. For any other pop star, dancing would be enough. For an artist as self-aggrandizing as Lady Gaga, “Born This Way’’ is disappointing. Depressing, even.