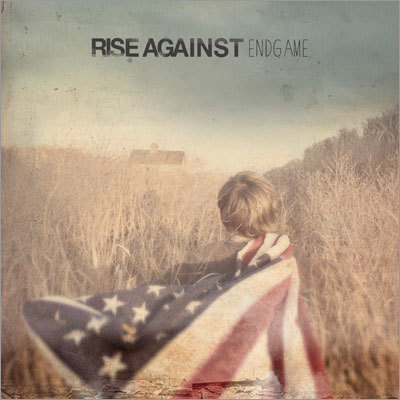 Rise Against’s sixth album, “Endgame,’’ is a vexing project in that the sound is so clean and consistent it threatens to camouflage the impassioned idealism coursing through the dozen songs. The usually dynamic singer Tim McIlrath hits upon an unwavering delivery that loses urgency in the absence of contrast. Drummer Brandon Barnes’s persistent martial rhythms don’t help matters, leaving guitarist Zach Blair and bassist Joe Principe responsible for much of the music’s texture. While speaking politely by punk standards, Rise Against still brims with a dissident perspective. Ultimately, “Endgame’’ keeps pointing toward a hopeful break from the status quo. On “Satellite,’’ McIlrath ascribes gen-now the mantle “orphans of the American Dream,’’ and articulates the associated restlessness through “Broken Mirrors’’ and the album’s title track. Amid the broader calls to arms are some specifically targeted issues. “Make It Stop (September’s Children)’’ is the best of the topical songs, deftly decrying homophobia through the delicate lens of teen suicides rooted in the prejudice. (Out tomorrow)

Rise Against plays at the House of Blues April 29 and 30 .