THIS STORY HAS BEEN FORMATTED FOR EASY PRINTING
CD Reviews 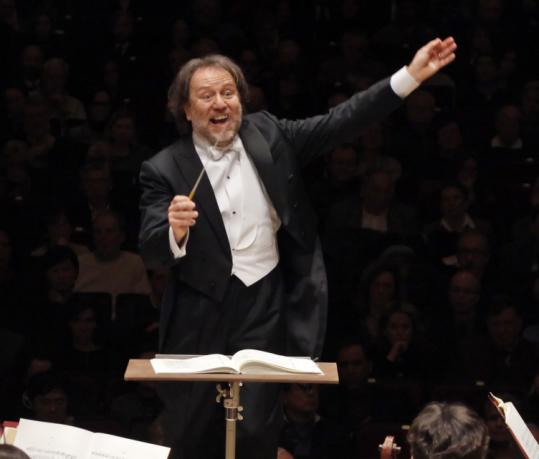 BACH: WEIHNACHTS-ORATORIUM Gewandhausorchester Leipzig Riccardo Chailly, conductor Decca Holiday regifting doesn’t get much grander than Johann Sebastian Bach’s “Weihnachts-Oratorium,’’ his Christmas Oratorio, a six-part telling of the story stitched together from repurposed church cantatas. The whole hangs together with both large-scale structural skill and local casualness, an appealingly shaggy epic.

Chailly’s new recording of the “Weihnachts-Oratorium’’ is simultaneously anachronistic and appropriate. The large, modern-instrument ensemble belies early-music convention but, then again, the Gewandhausorchester was Bach’s hometown orchestra.

The performance channels advantages of both customs: historically informed nimbleness, the symphony orchestra’s luxe warmth. The textures are transparent, but with nary a hard edge; even the quickest numbers eschew drive for swing. The Dresdner Kammerchor and an accomplished lineup of soloists (led by tenor Martin Lattke’s burnished Evangelist) offer singing that’s likewise both rich and agile.

Bach’s idea of a yuletide season was miles from ours, but his patchwork oratorio somehow echoes the mishmash of traditions and tableaux, both real and invented, that make up a modern Christmas.

Magdalena Kozená, mezzo soprano, Christian Gerhaher, baritone Cleveland Orchestra Pierre Boulez, conductor Deutsche Grammophon Boulez has chosen the year of the Mahler centennial to cap his cycle of recordings of the composer’s works with this collection of 12 songs on poems from the German folk collection known as “The Youth’s Magic Horn.’’ In keeping with his other Mahler recordings, Boulez unearths an astonishing level of musical detail from these miniatures, navigating the competing pulls of nostalgia and progressivism which competed for Mahler’s inspiration even at the relatively early stage when many of the songs were written. He also has two superb singers: Both Kozená and Gerhaher give an almost expressionistic intensity to their respective songs, though a few — such as Kozená's “Who Thought Up This Song?’’ — sound tentative and restrained. So does much of the Adagio movement from the never-completed Tenth Symphony, though the orchestra plays it beautifully. Nevertheless, this is a terrific endpoint for Boulez’s highly rewarding journey through Mahler’s world.

You would not know from Perahia’s new recording of Johannes Brahms’s piano pieces that he had ever been sidelined by an infected thumb. The consequences of the ailment have interrupted his playing occasionally in recent years, but as glowing reviews for his appearances last year testify, he has made the most of adversity — he filled his downtime with helpful doses of Bach and Handel — and is not afraid of demanding music. If anything, he plays with more intensity and dynamic range than ever. It’s as if he had said to himself, “I’m 62, it’s now or never.’’

The American-born London resident has always favored romantic music and been especially eloquent in Robert Schumann. It is odd that he has rarely visited Brahms. (This disc is advertised as his first Brahms recording in 20 years.) A recording session in Berlin last July found him in superb shape. You know you’re in for a wonderful experience at the start of the variations when the theme, which Perahia etches in a clear, Baroque style, morphs into a first variation that is bathed in the gentlest rubato.

As the variations gather difficulty, he rises to every challenge, and ends with a final fugue that is clear and passionate at once. The same could be said of the herculean Op. 79 Rhapsodies, and many of the other works. Perahia studied with romantic greats of the previous generation (Horszowski, Serkin, Horowitz), ansd carries their authority in every note he plays, while always making a definite statement of his own. Sony’s engineers give the piano a little distance to allow the sound to billow in big passages.

There are few voices so suited to the fireside intimacy of the best Christmas music as Terfel’s. The Welsh baritone is always winning when he scales his voice down to a hushed half-voice, and the songs that call for that kind of singing come off best here. “O Jesulein zart’’ (beautifully backed up by a group of Welsh choruses) and the traditional Austrian carol “Still, still, still’’ are touching lullabies, and benefit from Terfel’s affectionately accurate German.

There are several of the standard solos: Adam’s “O Holy Night,’’ the traditional “What Child Is This,’’ and Christmas songs of more recent vintage, including John Rutter’s “Candlelight Carol,’’ and the two usual American contributions: Ralph Blane and Hugh Martin’s “Have Yourself a Merry Little Christmas’’ and Irving Berlin’s “White Christmas,’’ in an arrangement that has to be called a classic of Christmas kitsch. It opens with Terfel singing exactly along with Bing Crosby (the latter from his original 1942 recording), and then in harmony, and then taking turns. This is not flattering to Terfel, whose wide vibrato and big cuddly-bear presence contrasts with Crosby’s more recessive, instrumental, straight-toned vocalism, which so memorably expressed that song’s loneliness.

No one had the same idea for “Mary’s Boy Child’’ and Harry Belafonte, thank goodness. Terfel doesn’t sound particularly idiomatic in Jester Hairston’s Caribbean syncopations, either.

What he would sound idiomatic in, Welsh music, is curiously missing. There is an entire bonus disc of songs sung in Welsh, but most of these are translations of the carols on the first disc. Only two appear to be Welsh compositions, and neither is traditional. The mid-20th-century Welsh composer Edward Arthur’s “Tua Bethlem Dref’’ is a grand, pew-rattling piece, and given a worthy performance.

This recording will give pleasure to those who like the same familiar carols, which are always with us, wherever we are, this time of year, but one can’t help thinking, what a waste of a great Welsh singer and the great Welsh choruses gathered around him. D.P.

Decca clearly is hoping this will be a popular gift. They’ve collected lots of the Italian mezzo-soprano’s recordings of the last 15 years in a double-CD set and bound it in a handsome gold-tinted book, with a cover photo of Bartoli gesturing vaguely amid soap bubbles (or perhaps attacking little round aliens).

There are two previously unreleased recordings in the set. An aria by 18th-century composer Leonardo Vinci allows Bartoli to show off her uniquely fluttery, accurate coloratura; it is otherwise negligible. The other is Rossini’s “Una voce poco fa,’’ a standard showpiece that has somehow escaped Bartoli in the studio.

Like many great singers, Bartoli is best taken in limited doses. The strong, fruity, sometimes vinegary, flavor of her voice, and her way of alternating whispery straight tone with curdling peals in high or low registers, can become off-putting once they have worked their initial magic. Her love of fast, repetitive vocal effects, and lack of (or unwillingness to produce) a strong current of solid tone, makes it hard to identify with the character’s emotional state. Nor does she linger on the words, or inflect them meaningfully enough for us to know, for example, just what she is saying as Rosina in “Una voce poco fa.’’

The second CD is devoted to sacred arias, and these seem without qualification, perhaps because they are not showoff pieces, and demand focused, sustained singing, which she provides. Among these are Franck’s “Panis angelicus’’ and the Bach-Gounod “Ave Maria’’ in versions that are clear, direct, and heartfelt. D.P.

Correction: Because of a production error, an earlier version of this article misspelled the name of mezzo-soprano Magdalena Kozená.