Kanye's 'Beautiful Dark Twisted Fantasy' may be his clearest vision yet 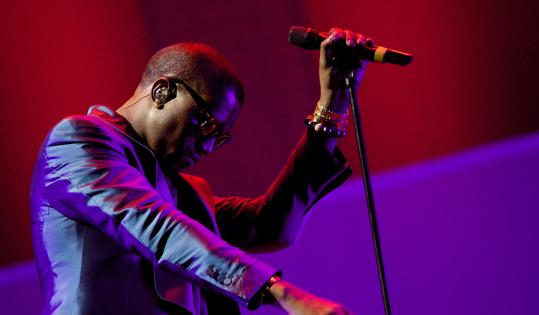 What’s that expression again: It’s not bragging if it’s true?

Kanye West — rapper, rock star, raconteur — has made that his mantra in a career that’s been as fearless and often misguided as his latest Twitter rant. He’s his own biggest cheerleader and worst enemy, and that burns his critics even when they suspect he’s right about his greatness.

West shot out of the cannon six years ago with a trilogy of hip-hop’s most acclaimed albums in the past decade, but then he took a detour that arguably led to a dead end with last year’s “808s & Heartbreak.’’ Minimal and melancholy, that album was so reactionary, it was practically suffocating. Its one saving grace? How unexpected it was.

Maybe it’s not surprising, then, that “My Beautiful Dark Twisted Fantasy’’ is so seamlessly his personal best. Released tomorrow, West’s fifth album is a fun house of styles and sentiments, as self-involved and overstuffed as you’d expect from him but also progressive and universal in its themes.

As usual, he writes about his favorite topic: the art of being Kanye West. At nine minutes, “Runaway’’ is almost comical in its narrative of West’s setbacks (including the recent revelation that he used to send pictures of his genitalia to female admirers). “Baby, I got a plan/ Run away as fast as you can,’’ he offers.

The album leads the pack of this year’s fiercely original hip-hop albums that have little use for genre, from Drake’s “Thank Me Later’’ to Kid Cudi’s “Man on the Moon II: The Legend of Mr. Rager’’ to Nicki Minaj’s “Pink Friday.’’ If they share anything, it’s their refusal to compromise their makers’ vision.

“My Beautiful Dark Twisted Fantasy’’ distinguishes itself, though, with West’s tireless attempts to stretch hip-hop’s boundaries. This is his most musically arresting effort, spinning his palette from old-school R&B jams to electro-rock to orchestral interludes. On “Runaway,’’ a plinking piano hovers over an industrial-strength drum machine that later gives way to swell of strings. Bits of prog-rock suddenly, and inexplicably, flicker in “Hell of a Life.’’

He’s a chameleon in his collaborations, too. Not every hip-hop star would think to enlist Justin Vernon, frontman of the indie-folk band Bon Iver, for a guest verse on “Monster’’ alongside Minaj, Jay-Z, and Rick Ross. A sample of Vernon’s Auto-Tuned voice (from Bon Iver’s “Woods’’) lays the foundation for “Lost in the World.’’ Yes, that’s Elton John playing piano on “All of the Lights,’’ and West builds a mini song around a snippet of Gil Scott-Heron’s “Comment #1’’ on the closing “Who Will Survive in America.’’

On the eve of her debut being released on Tuesday, Minaj is a marvel in her own right on “Monster.’’ She turns in a ferocious string of rhymes, slipping in and out of accents and moods like a cyborg about to short circuit.

Other guests are less surprising but employed in interesting ways. John Legend, usually a paragon of good taste, is roped into the pathological melodrama of “Blame Game,’’ a brutal missive directed at West’s ex, Amber Rose. Chris Rock spews a tirade of invective that makes it clear who was to blame for that relationship’s demise.

Love it or hate it — and that’s probably the only range of reactions it will elicit — “My Beautiful Dark Twisted Fantasy’’ lives up to its name. More than that, though, it’s a welcome reminder that once you settle West’s scores — and they number plenty these days — he’s a visionary and not just the jerk who interrupted Taylor Swift and pouted over his recent “Today’’ interview with Matt Lauer. West’s art speaks for itself, and “My Beautiful Dark Twisted Fantasy’’ pricks up the ears like few other albums have this year.