They sound glad to be sad 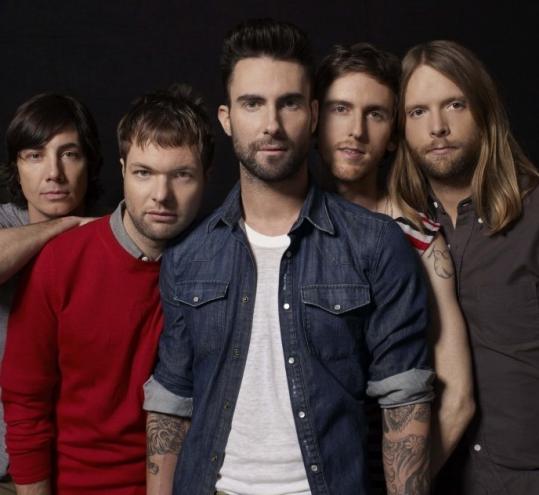 On Maroon 5’s dependably sleek and earwormy third album, frontman Adam Levine bemoans his bereft state in the wake of a lost love. (Loves?) A lot. Which is funny, really, because as he sings about hating the way he feels you realize he’d have far fewer songs to sing if he didn’t feel this way.

His forlorn narrators express those feelings in insidiously catchy singalong choruses that don’t say much but sound great, thanks to the band’s adherence to its core principles of pop songcraft.

This time out super-producer Robert John “Mutt’’ Lange climbs aboard to steer the ship, offering familiar tricks from his multi-platinum repertoire — stacked harmonies and heavy yet pristine guitar riffs among them. But he doesn’t overdo it; he’s savvy enough to let the group continue to mix a few of their favorite things — Prince, Stevie Wonder, Hall and Oates, the Police — into a radio-ready brew of glossy and melodic lite-funk, pop, and blue-eyed soul.

“Never Gonna Leave This Bed’’ nails the hunger to prolong the perfect moment with an intoxicating partner with its sweet, sexy swing. Shameless country crossover bid “Out of Goodbyes’’ works like a charm as Hillary Scott of Lady Antebellum caresses Levine’s bray with her murmuring twang, and her bandmates embellish with harmonies on a song the Eagles would’ve been happy to have. The gray sky balladry of “Just a Feeling’’ surges along on the strength of a sparkly piano that makes the tune’s sadness brighter and more beautiful. And “Stutter’’ ratchets up the rock quotient without ever threatening the song’s dance-floor possibilities. (Out tomorrow) SARAH RODMAN