THIS STORY HAS BEEN FORMATTED FOR EASY PRINTING
Choice | Rock

That's no illusion - it's real progress 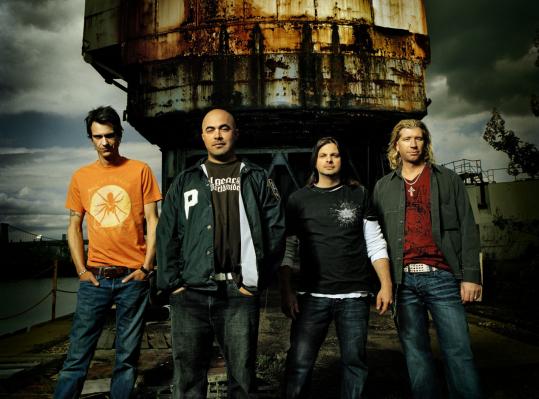 The Illusion of Progress (Flip/Atlantic)

Bay State band Staind has been a doom-and-gloom rock icon but is finally breaking out of its angst bubble. The news flash is that this Staind album (sixth overall) has more upbeat songs. Only about half of the 13 tracks qualify, but that marks real progress for the band, not just the illusion of it, to quote the title.

Most of all, the music packs as much punch as ever - and more variety, as Staind sometimes departs from its rock-metal power ballads for tunes that suggest Pink Floyd ("The Corner" is psychedelia enhanced by a female chorus and guitarist Mike Mushok doing his best David Gilmour impression) and even Brit band Oasis in the chiming-guitar pop of "All I Want."

Some fans may wonder why singer-lyricist Aaron Lewis is happier these days, but he's a father now and isn't the punky wise guy he was when Limp Bizkit's Fred Durst first discovered Staind at a Hartford show back in 1997. Lewis has worked hard for hints of optimism. On the album's first hit single, "Believe," he bellows, "I know you've waited for so long. . . believe in me, because I was made for chasing dreams."

That is positively Candide-like compared to the old Lewis. But don't worry: He's still an unredeemable cuss at times. On "Save Me" he barks, "Just save me from all that I am." Regardless of his roller-coaster emotions, Lewis retains one of the most honest voices in rock - and the band backs him with increasing maturity. [Steve Morse]