THIS STORY HAS BEEN FORMATTED FOR EASY PRINTING
Critic’s Notebook

How sad songs let us listen to the heart 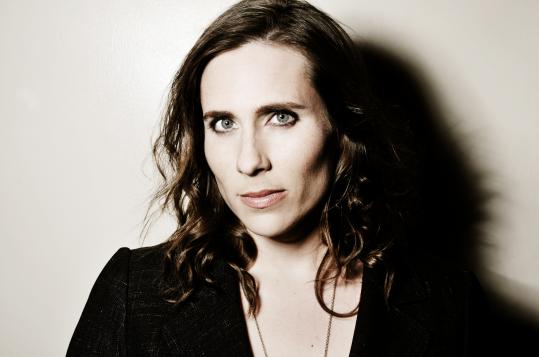 The timing was suspect. I broke up with my partner of three years on a Sunday. On Tuesday I got a package in the mail at work. I pulled the book out, and there, in white block letters, the title taunted me:

“THIS WILL END IN TEARS.”

The subtitle was “The Miserabilist Guide to Music.” In other words, I was holding an appendix of sad songs that would soon be my soundtrack.

“You have got to be kidding me,” I remember saying out loud.

“Sorry about that,” says Adam Brent Houghtaling, the author of “This Will End in Tears,” which was released on Tuesday. He works in a joke: “Hopefully there are many more people like you who will pick up the book.”

At 400 pages and two years in the making, it’s a broad and fascinating examination of why we often find uplift in sad music. Houghtaling, a writer and editor who lives in Brooklyn, makes a strong case that melancholy unites singers across genres and generations. It’s why the leap from Billie Holiday and Patsy Cline to Lou Reed and Elliott Smith isn’t as vast as you might think.

“I noticed that my iPod was filled with all these artists who had a connection to sadness,” Houghtaling says. “They’re known in the popular culture as the defining sad artists of their genre. That got me interested in doing the book.”

“This Will End in Tears” arrives at a pivotal time for heartache in pop music. Adele put most of us through the wringer last year with “Someone Like You,” a ballad that single-handedly revived the art of the tearjerker.

No album has galvanized me this year like R&B singer Frank Ocean’s “Channel Orange.” The way he writes and sings as if he’s hanging on for dear life — it’s hard not to relate to someone who lays himself so bare like that.

Much of that album’s back story — that Ocean fell in love with a man who never loved him back — doesn’t quite fit my own situation. But there’s universal empathy in the chorus of the record’s centerpiece. “I could never make him love me,” Ocean croons on “Bad Religion,” making the song an instant classic.

If I had paid closer attention to my playlists over the past few months, I probably would have known a breakup was imminent. Without realizing it, the songs that gripped me were the ones that reflected my state of mind.

To be clear, even when I’m in a good place, I have always been drawn to singers who haunt the dark side. Nina Simone and a bottle of wine is my idea of a wild Friday night. Throw in George Jones, Edith Piaf, and the Smiths, and you’ve got a party.

But when you’re heartsick, music can feel like an assault. Suddenly, an elevator ride or the shuffle mode on your iPod becomes a game of emotional Russian roulette. In a 24-hour stretch last week, I was besieged at every turn.

Lana Del Rey: “Kiss me hard before you go/ Summertime sadness/ I just wanted you to know/ That baby, you’re the best.” (Well, in Lana’s Betty Boop purr, it was more like, “baby, you da best.”)

Barna Howard: “Ain’t it funny/ What you can find/ Between the lines/ Of a goodbye kiss?”

Rose Cousins, a Canadian singer-songwriter who made her new album, “We Have Made a Spark,” in Boston with a group of local musicians, nearly killed me with just two couplets. “I break where you bend/ I take what you send/ And we both pretend/ But I start where you end,” she sang on a stark piano ballad called “One Way.”

In just 20 words, someone else summed up the knot of emotions I felt. So elegant, so profound, so concise. It’s poetry that fits into a 140-character tweet. How did she do that?

“That song came from a situation where I felt like I was the only one who was aware of the fact that our relationship was stuck,” Cousins says. “I felt like we were two separate people, with two ways of thinking, and there wasn’t a place where we could be on the same page. You’ve got one way, and I’ve got one way.”

After that came another album that hit me like a thunderbolt. Writing a review of “Raised by Wolves,” by local musician Jenee Halstead, I couldn’t get past one particular chorus without choking up. I sat at my desk, tearing up as these words churned in my head:

I’m gonna say all the things I never said

That pushed us apart

I’m gonna let you love me no matter what

Is the heart another way to get back home?

That song made me understand a larger truth about music and art in general. Sometimes it tells us how we’re feeling, what we need to do, before we’re ready to accept it.

Another reality about music, though, is that you can’t undermine its redemptive powers. Not even a week after my breakup, I was at the Newport Folk Festival soaking up more songs that spoke to my condition. Except already I felt like music was healing me. Singer-songwriter Sharon Van Etten opened her performance with a song called “All I Can.” Its slow build mirrored my own ambivalence before the song erupted into a cathartic chorus about how we all make mistakes, but we also do all we can.

“I don’t think songs make you feel bad,” Cousins says. “Some people just want to be uplifted, but for me I want an emotional release. If someone can come up with a way to describe the things we don’t want to talk about or a beautiful way to say a painful thing, then come on. Get on that train.”