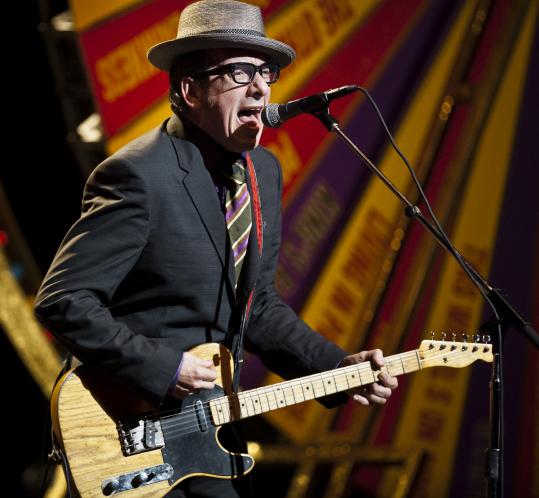 On paper at least, it has all the makings of a showdown. For the first time that anyone can remember, two of New England’s most venerable folk festivals are happening the same weekend. Cue the dueling banjos, right?

Not quite. The reality is that when the Newport and Lowell folk festivals take place this weekend, few music fans will be torn over which one to attend. From their lineups to their settings to their price points, they have little in common aside from that four-letter word in their titles.

Define folk. It’s not easy, and that’s really the best way to begin to understand why Lowell and its Rhode Island counterpart appeal to such different audiences. For the Newport festival, which begins tomorrow and wraps up on Sunday, folk has always been synonymous with tradition. But Newport has also stretched traditional boundaries to showcase other strains of music (bluegrass, gospel, blues, country, and, lately, indie rock).

“I think our definition of folk music is such that, first you have the older artists who are still around, like Pete Seeger and Ramblin’ Jack Elliott,’’ says George Wein, who founded the Newport Folk Festival in 1959 as an extension of the jazz fest he established there in ’54. “But there are also so many young musicians who start thinking about the traditions of folk music and yet they’ve come through the rock generation. The music relates to the era that these kids grew up in, but they’re also interested in what happened before that.’’

It’s a formula that has worked wonders for Newport, so much so that this year’s event sold out tickets for both days two weeks in advance. That speaks to both this year’s lineup - Emmylou Harris, the Decemberists, Elvis Costello, Gillian Welch, Mavis Staples, Tegan and Sara, among others - and the momentum the festival has built over a solid past few years.

“No longer is it my grandfather’s polka band,’’ says Phil Lupsiewicz, who handles media and communications for the Lowell Folk Festival. “We’re getting musicians who are the next generation. They may be playing polka music, but they’re adding more modern twists to it. We have a pretty open-minded program. It’s not just one genre of music.’’

More so than Newport, where the focus is often on bridging generations and genres, Lowell’s folk festival has been a reflection of the area’s demographics.

“Because Lowell is made up of a lot of different immigrant communities, there’s always been over the summer months these weekend ethnic gatherings and cultural festivals,’’ says Lupsiewicz. “So there’s been a tradition of festivals like ours.’’

The differences between Lowell and Newport start with the price of admission. Newport is a ticketed event (single-day passes, before they sold out, were $69 this year). Lowell has kept its festival free.

Their charms, too, are night and day. At Newport, sailboats drift by lazily in the distance at Fort Adams State Park, while Lowell’s canal-lined downtown gives its festival the feel of a neighborhood block party.

“The evolution of the two festivals has a peculiar symmetry,’’ says Marc Posner, an avid music fan who lives in Somerville and estimates he sees more than 200 concerts a year. “Newport started as a festival of folk revivalists as well as the traditional performers who inspired them. And people forget how broadly the original Newport festival defined folk, including people like Johnny Cash, the Chambers Brothers, and Muddy Waters, who brought an electric band to the Newport stage before Bob Dylan did.

“Lowell, on the other hand, is much more concerned with presenting folk music - music that is performed and passed down through the multitude of cultures represented not just in the United States, but in Lowell and the surrounding communities,’’ Posner adds. “That’s the joy of Lowell: These are bands that you won’t hear on the radio. But most of them represent living, breathing musical traditions.’’

From the very beginning, Newport and Lowell have been on distinct trajectories. Where Newport’s legacy includes some of folk music’s most storied moments - it’s where Baez catapulted onto a national stage in 1959, where Dylan notoriously went electric in ’65 - Lowell has reveled in smaller victories. Lupsiewicz proudly notes that Lowell first hosted Alison Krauss way back in 1989, long before she would become a force in modern bluegrass. “That’s probably the most famous name that’s come out of here,’’ he says.

And there’s been surprisingly little overlap in the artists they’ve booked over the years. Ralph Stanley, Peter Rowan, and the Holmes Brothers are a few of the performers who have appeared at both.

Last year the Steep Canyon Rangers, a bluegrass band that has recorded and been on the road lately with Steve Martin, did double duty. They played a solo gig at Lowell, and then a week later they kicked off Newport with a concert backing Martin. Lead singer Woody Platt says performing at Newport was obviously an honor, but Lowell was another kind of experience.

“Being a bluegrass band, we’re often playing festivals that focus mainly on bluegrass,’’ Platt says. “I just loved the diversity in Lowell. We followed a reggae band, and it was great. The diversity of that festival and all of the genres that fall under the word folk, it’s really refreshing. I think it gives the festival attendee a lot more to look forward to. And when you have a diverse lineup, you have a diverse audience.’’

M. Ward, who says this year will mark his fourth performance at Newport, has played the festival as a solo artist and with his other bands (She & Him and Monsters of Folk). He says Newport definitely distinguishes itself from the pack.

“People take more chances with this festival and experiment more,’’ Ward says. “And I like that you can see all the people on the boats while you’re playing. You go into Newport with high expectations, and then it ends up meeting those expectations, and here I am coming back for more.’’

Organizers of both festivals note there’s no rivalry between them, mostly because they’re so clearly geared for their own crowds.

“I’ve never been to Lowell, but I always encourage other festivals. Without knowing what they do, I respect what they’re doing,’’ Wein says. “I never feel competitive. We stand on our own, and we can’t do better than sell out, so why should we not be encouraging to Lowell?’’

“We really think we’re completely different,’’ Lupsiewicz says. “If you’re going to Newport, you’re going to know the names. Lowell is almost a showcase for people on the way up. With Newport, you have established names and a few new ones. Whereas at Lowell it could be anybody.’’

In time, though, don’t discount the fact that Newport and Lowell’s legacies could eventually find common ground.

“I think the two festivals really represent the roots and branches of folk music, with Lowell representing the roots and Newport the branches,’’ says Posner. “But one generation’s branches are the next generation’s roots, and it shouldn’t be too long until we hear a bluegrass band at Lowell covering the Decemberists or Elvis Costello.’’