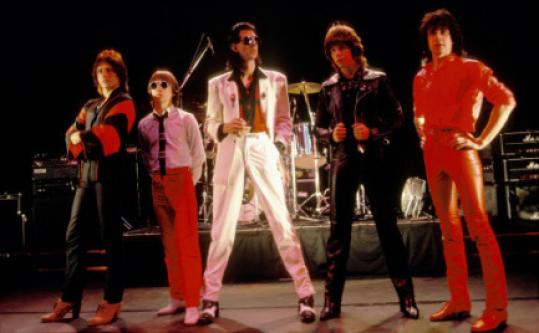 1978 The Cars release their self-titled debut. It spawns several hits including “Just What I Needed,’’ “My Best Friend’s Girl,’’ and “Good Times Roll’’ and goes on to sell more than six million copies. Other album cuts, find their way onto the radio as well, including “Bye Bye Love’’ and “You’re All I’ve Got Tonight.’’ “Moving in Stereo’’ is memorably used in a scene in the teen film “Fast Times at Ridgemont High’’ in 1982.

1984 Following a string of platinum albums, the band’s popularity expands even further into the Top 40 thanks to the inventive videos it makes for singles from the album “Heartbeat City’’ that move into heavy rotation on MTV, including the award-winning clip for “You Might Think.’’

1988 The band announces its breakup.

(Over the years, the members keep busy pursuing various musical and personal projects. Ocasek released a handful of solo albums, some pre-dating the breakup — several of which featured keyboard contributions from Hawkes. He has also worked steadily as a producer, notably with Weezer, No Doubt, and Nada Surf. Orr released a solo album in 1986 that spawned the hit “Stay the Night’’ and went on to work in several band projects including Big People. Hawkes became a ukulele enthusiast and released “The Beatles Uke’’ — a full album of Beatles covers on the instrument — in 2008. In addition to the work on Ocasek’s albums, over the years he’s also released several solo albums and worked with Paul McCartney and Letters to Cleo among others. Easton has worked in several groups, most prominently a lengthy stint with Creedence Clearwater Revisited, the reconstituted version of Creedence Clearwater Revival.)

2006 Easton and Hawkes team up with Todd Rundgren, his former Utopia bandmate Kasim Sulton and Prairie Prince of the Tubes, for a tour as “The New Cars.’’ They release a live album called “It’s Alive!’’

Ocasek, jokingly we think, puts Rundgren “On Notice’’ on “The Colbert Report.’’

2011 The Cars reunite and release “Move Like This’’ and embark on a short tour of small venues including a sold-out stop at the House of Blues May 26.