From the entrepreneur, notes about love

Sean Combs shows vulnerable side in a very personal album 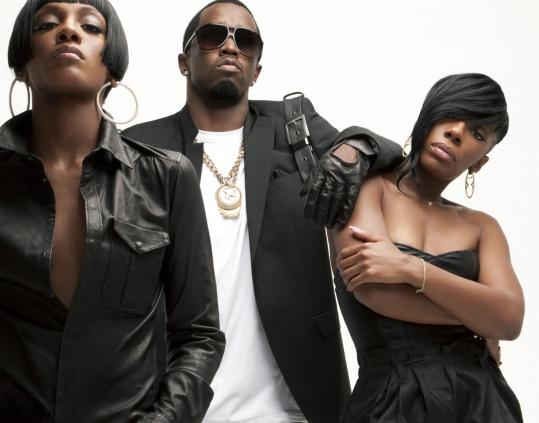 Sean Combs is known as many things — rapper, producer, entrepreneur, record-label executive, fashion designer, all-around celebrity — and he has gone by almost as many names over the years (Puff Daddy, P. Diddy, Diddy). Lovesick romantic might be at the bottom of the list of his various personas.

But that’s the side he reveals with his latest venture, Diddy-Dirty Money, an R&B collaboration with singers Dawn Richard (formerly of Danity Kane) and Kalenna Harper.

The trio released its debut, “Last Train to Paris,’’ in December, and it was one of the year’s most pleasant surprises. Sly and sexy and influenced by smoldering European dance clubs, the album tells the real-life story of Combs trying to make sense of a long-distance relationship that eventually fizzled. As such, he felt compelled to have a woman’s touch on the songs and enlisted Richard and Harper as his bandmates.

“For me, I was intrigued that all three of us did so many things, but we were good at what we were good at,’’ Harper says. “The energy was there for us to do it, and we felt like we could lean on each other as a support system.’’

Ahead of Diddy-Dirty Money’s show at the House of Blues on Thursday, we caught up with Combs to talk about why he chose to make one of the most personal artistic statements of his career.

Q. This album really shows a vulnerable side that I suspect most people don’t associate with you. How hard do you think it will be to perform live?

A. That’s why we’re doing intimate venues, because I thought a personal record really requires a personal performance.

Q. How long did the relationship last between you and the woman who inspired this album?

A. It was like two years, but it was right at the point that I was going to fit into another category of man. . . . I guess I was yearning for [a relationship]. And when that got shut down, it kind of pushed me the other way where I became more of a player for a while. But it’s been a couple of years since I basically stopped all of that.

Q. When did you realize that relationship would inspire an album?

A. I was doing a lot of soul-searching over the last couple of years and really realizing why my relationships hadn’t been successful. In order to go ahead, you have to go back. And I was asking myself the question, “What’s the deepest love I ever felt, or how would I define love?’’

Q. Has the woman who inspired this record heard it?

A. I’m gonna be honest with you: It was that and two other relationships thrown in. They’ve all heard the album.

Q. Did they love it or hate it?

A. They loved it. I didn’t throw nobody under the bus. They feel like their perspective was well represented.

Q. What was it about Dawn and Kalenna that made you think the three of you could make music together?

A. It was honesty and truth. It was like a diamond in the rough. It was uncontrived. There wasn’t a point of reference to it. It was like, “Listen to these voices. They’re really ill.’’

Q. Between the three of you, the album really has a he-said-she-said kind of vibe. Was it important to you that it have a female perspective?

A. I don’t think I could have told the story the right way without having the female perspective. I [knew] they were going to go deeper than I could go and then push me to go deeper.

Q. The songs on this album are steeped in European dance music. Did you know straight away that you wanted it to have that kind of sound?

A. I wanted to have a sprinkle of it, but I didn’t want to have the more commercial kind [of music] that everybody was doing. I wanted it to be the way it feels at the after-hours clubs in Ibiza. The way it feels in Rome at a hole-in-the-wall dance club.

Q. You have an all-star cast on this one — from Lil Wayne and Justin Timberlake to Usher and Drake — but how did Grace Jones end up on this album?

A. We had a show with her in Rio [de Janeiro], and I go to her brother’s church. It was a whole six-degrees-of-separation thing. I had met her one other time a long time ago. We just had a vibe. I picked up the phone and called her. I sent her the record, and she was like, “I loved it. And you know I don’t do anything with anybody.’’

Q. Do you have a favorite song on the album?

A. I’m real spiritual, not really religious but spiritual, and I think “Angels’’ is one of my favorites because it’s introspective.

Q. What did you learn about yourself from making this record?