He may not be a rock star, but graphic artist Nate Duval gets to work closely with some of the best 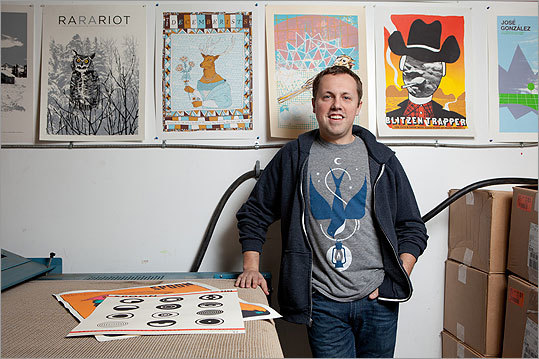 Artist Nate Duval has seen his gig posters grow in popularity and lead to other jobs. (Matthew Cavanaugh for The Boston Globe)
By Christopher Muther Globe Staff / March 3, 2011

Artist Nate Duval could give any number of reasons for pursuing his current vocation, which involves creating limited edition posters for bands ranging from Phish to the Decemberists. He could explain that the business of making gig posters for bands has exploded in the past five years, or that, as a major music fan, this kind of work is a natural fit for him. He could also say it has opened several important doors for his career, and all of these explanations would be correct.

But he’s quite honest about his real reason for doing it.

“I always thought that this is about as close as I’m ever going to get to being a rock star,’’ he says.

Duval may not be a rock star, but in the ever-growing world of limited edition gig posters, he’s having no problem making a name for himself. The 28-year-old, who lives in Marlborough, is the go-to artist for Phish and its member’s solo projects. He has also illustrated posters for musicians such as Wilco, Spoon, Broken Social Scene, Andrew Bird, and M.Ward. When it came time to choose an artist to create posters for Phish’s historic Fenway Park concert in 2009, Duval received the call.

“Whenever I release Phish posters online, they usually only last about 45 seconds before they sell out because they’re so popular,’’ he says.

Duval is part of a growing movement of artists collaborating with bands to create posters that do more than advertise a concert. In recent years, bands begun hiring artists to create unique posters to commemorate entire tours or individual shows. The posters are sold alongside T-shirts and CDs, and are blossoming in popularity. Such posters are a far cry from their psychedelic ancestors, which first showed up in the 1960s, most notably to advertise shows at San Francisco’s legendary Fillmore Auditorium. Today’s posters are usually printed in limited editions, making them highly collectible, and they are intricately illustrated.

“I’ve made the analogy that the explosion of these gig posters coincides with the demise of the album cover, and the demise of the CD cover,’’ says designer Clifford Stoltze, the creative director of Stoltze Design in Boston and author of the book “1000 Music Graphics.’’ “So many people are downloading music that they don’t really get a chance to have any tangible art related to the music they listen to. There are no avenues anymore except for these posters.’’

There are art superstars of the gig-poster genre, such as the Small Stakes and Aesthetic Apparatus. These artists even have their own convention, called Flatstock, which takes places in several cities across the US and Europe. The posters are also getting some respect in the museum world. The band Wilco curated an exhibition of its gig posters at the Massachusetts Museum of Contemporary Art last summer. The exhibition was so popular that the posters have become a permanent fixture at the museum.

“It’s been nice to see this brought back to life,’’ says Geoff Peveto, president of the American Poster Institute, which organizes Flatstock. “This was such an active artform with the psychedelic concert posters from the Fillmore ’60s, and it all but faded away except for a handful of artists. But it’s come back, and continues to explode in growth. Every year, we’re seeing a new crop of talented artists who are doing this.’’

When Duval graduated in 2004 from Syracuse University with a degree in advertising design, he never imagined that his vocation would feed his rock-star dreams. He went to New York, portfolio in hand, looking for work at an advertising firm. He soon returned home to Western Massachusetts, realizing that Madison Avenue wasn’t his calling. After a year working on product design for a company in the Berkshires, he started contacting bands in the Northampton area offering his artistic services. He talked to managers and formed relationships with venues owners to break into the world of gig poster illustration.

He landed a few jobs creating posters for small shows in Western Massachusetts. The Boston band Apollo Sunshine contacted Duval with an order for 70 posters in 2005, and his business was born.

“I’d say bands in general are starting to embrace the poster much more than they were a few years ago,’’ Duval says. “When I first started three or four years ago, I’d get strange looks from bands. They’d ask ‘What do you mean you want to make a poster at the show?’ But now it’s as common as selling T-shirts and CDs at the merchandise table.’’

Those who have risen to the top of the genre have a distinct style that is recognizable, regardless of the band featured. Music collectors such as Stoltze will purchase posters from an artist they like, even if they’re not particularly fond of the band on the poster. Duval’s style focuses on hand-drawn lettering, woodcuts, and playful drawings.

Thanks to the following he’s developed through his poster work, Duval has found himself back in the advertising world. He recently designed a label for a Sierra Nevada beer. Turns out, the art director for Sierra Nevada is a Phish fan, and he was familiar with Duval’s posters. Similarly, he recently completed work for a series of advertisements for Sweet’n Low. You can currently see his illustrations at bus stops all across Boston and New York.

“It’s opened doors for me I never thought possible,’’ Duval says. “And it’s the same for a lot of my friends who do gig posters. I think art directors at a lot of companies are paying attention to us now, because you’re starting to see a lot more gig poster-influenced art in mainstream America. It’s gone from this underground scene to something massive.’’

A few of Duval's greatest hits 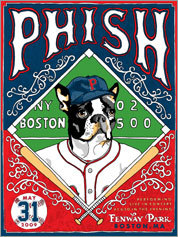 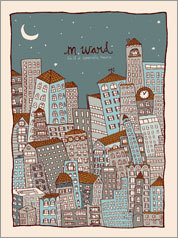 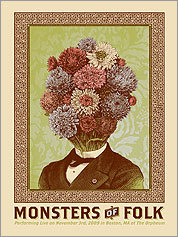 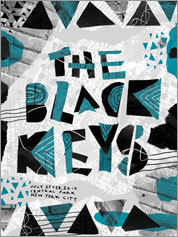