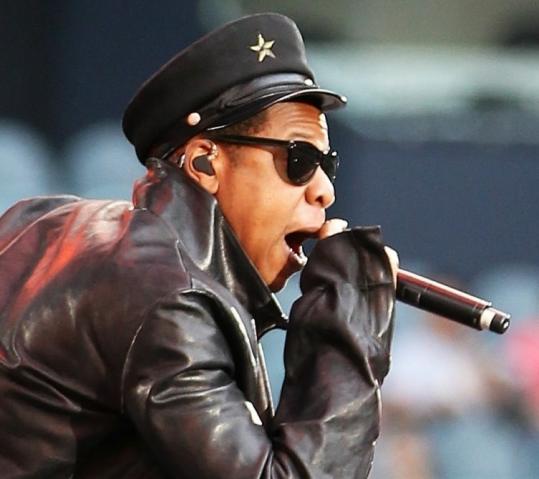 Jay-Z (performing this month in Melbourne) is one of the icons in rap’s history and development as a cultural narrative. (Mark Metcalfe/Getty Images)
By Idris Goodwin Globe Correspondent / December 7, 2010

Rap’s indelible impact on music culture is no secret, but what of its literary merits? “The Anthology of Rap’’ sets out to “tell the story of rap as lyric poetry.’’ In doing so, the authors have built a poignant collection of rhythm and rhyme, a sociological study of the complex yearnings of a marginalized, criminalized North America.

Take the late Big L’s lesson in slang from his most well-known song, “Ebonics (Criminal Slang)’’: “Max means to relax / guns and pistols is gats / condoms is hats / critters is cracks / the food you eat is your grub, a victim’s a mark / a sweatbox is a small club / your tick is your heart.” Like Big L, these rappers exhibit an intuitive mastery of poetics. They boast, battle, and spin yarns with impressive command of the English language.

Whether writing through the lens of Black Nationalism or gang life, these young lyricists challenge dominant cultural narratives with unapologetic gravitas. Check out Jay-Z in “99 Problems’’: “Rap critics that say he’s Money, Cash, Hoes / I’m from the ’hood, stupid, what kind of facts are those? / If you grew up with holes / in your zapatos / You’d celebrate the minute you was havin’ dough.’’ Crack house to White House, urban to suburban, bedroom to boardroom, this is not the ephemeral verse wafting from your local master’s writing program. True, there’s no shortage of N words and more brand names than an Orange County shopping mall, but what should be more troubling than the language is the reality it reflects.

In the foreword, Henry Louis Gates Jr. calls rap “linguistically intricate and astonishingly profane,’’ but he situates it in the historical and cultural context of “black language games’’ of generations past. From Gates’s perspective, rap is the spirited “signifying’’ of barber shops and pool halls put to a beat.

But if you take the beat away, does the rap still hit? Bradley and DuBois “encourage readers to focus upon . . . rap’s poetic form in isolation before returning them to the whole performance.’’ For hard-core hip-hop heads, this book confirms what we have always known: that some of the most innovative writing hails from the imagination of the rapper.

Still, some of the anthologized raps lack iconic punch on the page, despite what Public Enemy frontman Chuck D and Chicago rapper Common assert in their respective afterwords: mainly, that an MC’s lyrics can thrive independent of the beat or the rapper’s vocal performance. After all, it’s Slick Rick’s distinctive UK-meets-NYC accent that makes “A Children’s Story’’ such a gem; it’s Bahamadia’s ultra-cool whispery tone that best showcases her “mad explosive spontaneity.’’ And if you haven’t actually heard Busta Rhymes’s maniacal recitation of onomatopoeia-laced verse in “Scenario,’’ get to the Internet, post haste.

In the ever-growing field of hip-hop scholarship, we will no doubt discover innovative mediums to chronicle this explosive performance art form. In the meantime, browse “The Anthology of Rap’’ with YouTube as accompaniment, allowing for a more complete appreciation of the lyrics.

Idris Goodwin, whose book of essays, “These Are the Breaks,’’ is forthcoming, can be reached at goodwright@gmail.com.

THE ANTHOLOGY OF RAP Edited by Adam Bradley and Andrew DuBois