The Vaselines enjoy a long delayed day in the sun 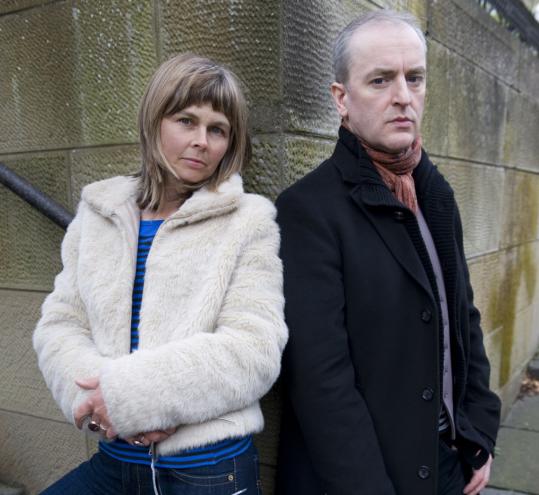 “If you had asked us five years ago if we would ever play again, we would have said there was no chance,’’ says Eugene Kelly of his reunion with Frances McKee in the Vaselines, an alt-rock band. (Wattie Cheung Photography)
By James Reed Globe Staff / October 3, 2010

When Eugene Kelly and Frances McKee broke up the Vaselines in 1989, they called it quits on both their band and romance. That was that. The book closed.

They had been together for three years, producing a pair of EPs and a full-length debut released shortly before they disbanded. At best, the couple figured the Vaselines would end up an asterisk in the history of 1980s alt-rock, forever known as a little band from Scotland that could — but didn’t.

The last thing McKee and Kelly expected was anyone to be reading a story about the Vaselines in 2010.

“If you had asked us five years ago if we would ever play again, we would have said there was no chance,’’ Kelly says from his home in Glasgow. “When we started playing again, we thought, ‘Well, this is fun.’ There’s an audience out there, and it’s a different audience from 20 years ago, which was quite apathetic and even aggressive toward us.’’

Instead, the Vaselines have become one of this year’s more endearing comeback stories. More than two decades since their debut, they’re back with a solid new album, “Sex With an X,’’ and their first lengthy American tour, which stops at the Paradise Rock Club on Tuesday.

It’s a small wonder the Vaselines were ever known outside their native Scotland, but they give credit where it’s due. Nirvana frontman Kurt Cobain was a huge champion of the band, once famously claiming McKee and Kelly were his “most favorite songwriters in the whole world.’’ For different albums, Nirvana recorded three of their songs: “Son of a Gun’’ and “Molly’s Lips’’ (both on “Incesticide’’) and “Jesus Wants Me for a Sunbeam’’ (“MTV Unplugged in New York’’).

Yet that was all in the early ’90s. The Vaselines could have easily faded back to black, but belated interest in their thin discography persisted. Sub Pop rereleased the group’s back catalog and coaxed Kelly and McKee into a reunion at the Seattle label’s 20th anniversary show in 2008.

McKee and Kelly were heartened by the enthusiastic response, but they balked at the notion of making another Vaselines record.

“We both said absolutely no,’’ McKee says in a separate interview, also from Glasgow. “No way would we do that because it would be too difficult. With that first record, there was no expectation. And then you do it again and people either love it or hate it. And that’s how the reviews have been. The diehard Vaselines fans have not really liked it, and then other reviews are absolutely brilliant.’’

That’s odd considering how much “Sex With an X’’ adheres to the Vaselines’ penchant for upbeat garage-pop with both a sense of humor and simplicity. They even enlisted the same producer, Jamie Watson, who worked on their debut [1989’s “Dum-Dum’’]. The mere fact that McKee and Kelly are both 20 years older and wiser obviously affected the music.

“Some people have said our music hasn’t changed that much, but I think it has. There are definitely songs on this record that we wouldn’t have written back then,’’ Kelly says. “If you look back to the previous record, it’s quite simple. I think we get our message across better about what we’re trying to say in the songs. Back then we weren’t sure what we were saying.’’

They at least seemed to be having fun, though. Songs like “Rory Rides Me Raw’’ (about horseback riding, thank you very much) and “Oliver Twisted’’ captured the joy of two 20-something musicians in love and in thrall with the idea of having a band and recording an album.

“At the time, it was just something we were doing,’’ Kelly says. “We weren’t thinking it was going to be the rest of our lives. We didn’t ever think what we were doing would be understood or liked. That was as far as we could see.’’

McKee puts it more bluntly: “The Vaselines was our baby, and we both wanted to keep going for the sake of the baby. But then I realized the baby wasn’t worth it,’’ she says, laughing.

After the split, they had different projects — Captain America (later named Eugenius) for Kelly, Suckle for McKee — but they found people responded better to their work as the Vaselines.

There was just one problem: McKee had moved well beyond the Vaselines, starting a family and eventually becoming a teacher. She was serious about putting music behind her.

“I had already sold my guitars. I’m a bit like that: If I’m going to finish something, I finish it completely. I should have burned [the guitar] on stage,’’ McKee says. “When I stopped teaching, I nearly burned all my teaching books. I usually don’t go back. That’s why I was a little bit surprised by the whole Vaselines thing.’’

When it’s suggested that the Vaselines would have been rediscovered at some point, with or without help from Nirvana and Sub Pop, Kelly is skeptical.

“It’s hard to say, because there were only a thousand copies of our album pressed,’’ Kelly says. “Maybe we would have become a really underground cult band. Maybe it would have taken 40 years for people to be interested.’’