‘The Wall’ a majestic experience 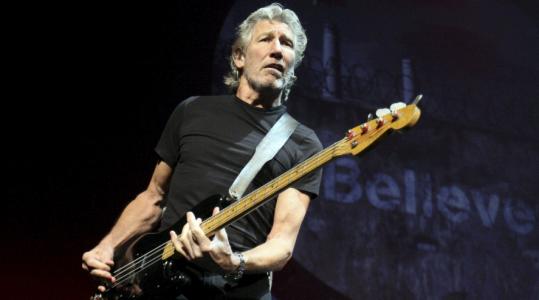 When it comes to combining rock concert spectacle and multimedia extravagance, there is Roger Waters, and then there is everyone else.

Last night at the TD Garden, the former Pink Floyd bassist rebuilt that band’s classic 1979 album “The Wall’’ for the first of three shows with the help of an impeccable band; a crack team of light, sound, and video artists; and a small army of onstage masons. The visually arresting, musically majestic, and emotionally tumultuous performance that resulted was breathtaking.

There were moments of terror, delicate beauty, and catharsis as the wall was slowly built into a behemoth JumboTron. This was one show where staring at the video screens was a must as the songs were bolstered by a barrage of classic and fresh visuals, from fallen soldiers to exotic dancers, that helped update and recontextualize the album’s emotionally complex interweaving of ideas.

The expected big moments were outsized. Huge puppets depicting famous “Wall’’ characters including Mother and the schoolteacher from “Another Brick in the Wall, Part 2’’ unfurled to glower over the proceedings. Iconic images from the film — the hammers marching in lockstep, the fighter planes dropping a payload of crimson crosses in place of bombs — unspooled in vivid splashes of color. The show peaked with the grandiose sweep of “Comfortably Numb’’ washing over the crowd of 11,583 like a tidal wave of cool melancholia. For that number and others, David Gilmour’s vocals were sung by Robbie Wyckoff, while a trio of guitarists, including G.E. Smith, capably handled his legendary licks and solos.

As is often the case with such a mammoth undertaking, the small moments had special resonance. The motel room that folded out of the wall for “Nobody Home’’ was a perfect tiny set piece for the character’s confused isolation.

Is it prescient or disappointing that the themes Waters mused on for the album, and has returned to often — the politics of fear, greed, isolation, and violence — still resonate 30 years later? Either way, it was satisfying indeed when the wall came tumbling down.