On our minds and on our playlists 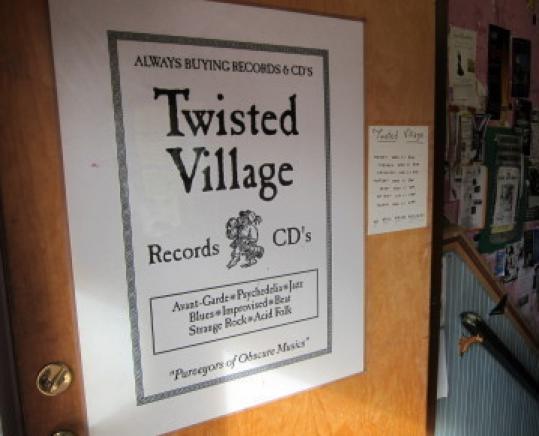 It’s a familiar refrain these days, but that doesn’t make the sad news any better. Twisted Village, the independent music store Wayne Rogers co-owns with his wife, Kate Biggar, is shuttering its doors on Sunday after 14 years in Harvard Square.

“If I knew the next five years would be strong, I would keep doing it,’’ Rogers says earlier this week as patrons file in and out of his cozy subterranean store. “But I know it’s not going to be better. It’s hard to compete with the ease of e-commerce.’’

Selling mostly CDs and vinyl, Twisted Village catered to esoteric tastes — from psychedelic rock to experimental jazz and classical to acid folk. It was the kind of store where you’d spot a Galaxie 500 promotional poster and then look up to see band members Naomi Yang and Damon Krukowski chatting in front of it.

Twisted Village was more than just a shop: It was a community resource, with in-store performances by the likes of Thurston Moore and a sharp staff unafraid to tell you not to waste your money on that Argentine freak-folk import in your hand.

Rogers, who also fronts the band Major Stars, says he’ll continue to take online orders through the store’s website, but that’s as far as he’s planned. For now, he’ll celebrate Twisted Village’s legacy with a party at the store from noon to 6 p.m. on Sunday, with food, free stuff, and special guest performances.

“To tell you the truth, I’ve been in denial about all of this,’’ Rogers says. “I hadn’t really told anyone when someone in Paris posted it on Facebook. It’s nice to be loved.’’