THIS STORY HAS BEEN FORMATTED FOR EASY PRINTING
Double Date

Before boogeying to R&B at the Bastille Day A-Go-Go, head over to Tupelo for some New Orleans-inspired cuisine 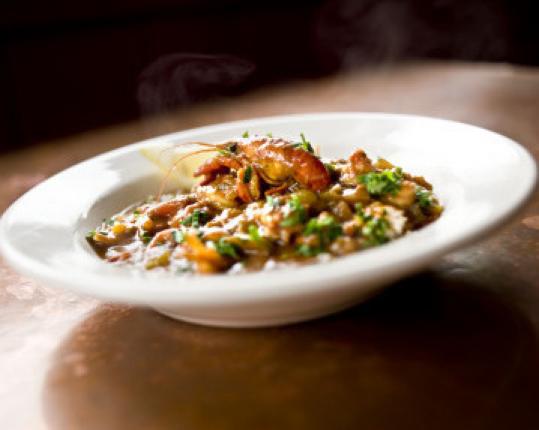 Text size – +
THE ARTS
Bastille Day has just passed, and Mardis Gras is a long way off, but there’s no room for logic when it’s time to party. Tonight’s Bastille Day A-Go-Go event, a musical revue in its 17th year, gives you one more chance to celebrate both. Shaun Wolf Wortis, the Boston musician behind the show, says it’s an excuse to shed some light on an overlooked musical form.

“It’s New Orleans rhythm & blues music, one of the original forms of rhythm & blues. It kind of has a proto-garage rock sound.’’ His group the Vudu Krewe All-Star Mardis Gras Band will perform songs that call back to the jump blues of the 1940s and on to the soul pop and funk of the 1960s. Joining him on the bill is a spectrum of homegrown talent, including Jen D’Angora and Jordan Valentine of the soul outfits Jenny Dee & the Deelinquents and the Sunday Saints.

“It’s definitely a labor of love for myself and my band,’’ says Wortis, who often dresses up in a Napoleon costume to perform. Guests have been known to dress up as Marie Antoinette or as French revolutionaries as well. “We love this music and it doesn’t get played too much,’’ he says. But then how does he explain the party’s staying power over almost 20 years? “There’s a lot more stuff going on in town now with rhythm & blues and neo-soul, but when we started doing this there was nothing. It’s just kind of the granddaddy. I’m pretty relentless, I’ll just keep it around until I can’t do it anymore.’’

THE EATS
Rembrandt Layman, the chef at Tupelo in nearby Inman Square, is also working with a New Orleans-inspired labor of love. His mother is from New Orleans, and going back there frequently to visit he grew to appreciate the style of cooking. His menu at Tupelo includes dishes like Cajun gumbo with pulled chicken and smoked andouille sausage, pan-fried catfish with cheddar grits and collard greens, Louisiana beef brisket, crawfish boils and crawfish étouffée. The most interesting part of the cuisine for him was learning about the historic cooking techniques of the diverse peoples in the area, he says. “Over the last several hundred years the food there has evolved because of where the people came from, Europe . . . the West Indies, Ethiopia. They all convened in this area, bringing the ingredients and knowledge that they had.’’ His menu, too, is all over the map, but he says you can call it “comfort food with a Southern drawl.’’