Dave Rawlings, musical partner of Gillian Welch, has released an album under his own name 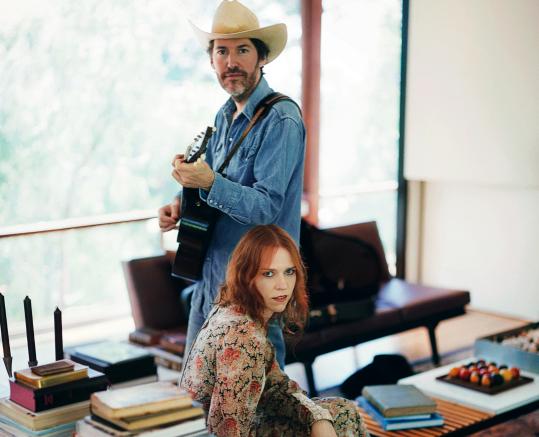 Q. Perhaps because you and Gillian Welch have performed under her name, there’s a perception that you’re not comfortable in the spotlight. Is that true?

A. There’s a degree of truth to that. The music that we’ve made under Gillian’s name seemed to work better that way. I don’t think those records would have felt the same way to us if they had come out under both of our names. We talked about having a band name very early on before even the first record came out, and neither of us was comfortable with that.

Q. Your new solo record has gotten compared to your work with Gillian. Does it feel totally different to you?

A. I feel like it’s related. We have similar tastes in music, Gillian and I, so that doesn’t surprise me. For me, the only thing [on this album] that really sonically sits in the same world as a lot of Gillian’s records is the “Cortez the Killer’’ and “Method Acting’’ medley, which we recorded very much like we would have recorded one of her tracks with me singing lead.

Q. You two met at Berklee College of Music, so does Boston hold special significance for you?

A. I enjoyed my time in Boston. I wasn’t trapped like a lot of people who go to school there feel, because I had come from Rhode Island and had a little car that I would park in the boonies and take the T in. I love coming back to Boston, and it always feels like a hometown show.

Q. When you lived here, did you guys gig around town?

A. Gillian and I weren’t playing together yet — well, we were playing together in the context of school at Berklee — but most of the time I was playing bluegrass with friends, not professionally. One of the first shows we played in Boston was at Johnny D’s, and it was during a brownout. There was no power, so we lit some candles and it was about a hundred degrees in the room. It was quite a show.

Q. Are you aware that there’s a Facebook fan page called “David Rawlings is the best guitarist of all time’’?

A. Awesome! Maybe I’ll have someone go and sneak a peek at that for me. I’m afraid I shouldn’t go look at that myself. I feel as though it could only hurt me. Should I go on there and give them some concrete evidence to the contrary?

at the Paradise Rock Club on Saturday