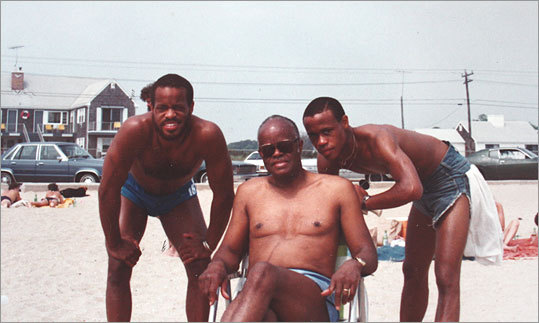 (EDITOR’S NOTE: Boston-born Keith Elam, who rose to fame as Guru, founder of the rap group Gang Starr and a person who sought to merge rap and jazz, died earlier this week. His brother, Harry, a distinguished professor of drama at Stanford, has written this remembrance).

“Positivity, that’s how I’m livin..’” So goes the lyric from my brother’s early hip-hop song, “Positivity.” My brother Keith Elam, the hip-hop artist known as GURU—Gifted Unlimited Rhymes Universal—died this week at the too-young age of 48 because of complications from cancer. ‘Positivity’ was what he sought to bring to the music and to his life, and for me that will be a large part of his legacy.

In February of this year, my brother went into a coma, and I traveled across the country from my home in California to see him. At his bedside, I stood and stared at his overly frail frame, his head that he had kept clean-shaven for the last 20 years uncommonly covered with hair, his body connected to a sea of tubes and wires. I listened to the whirl of machines around us and took his hand. As I did, my mind flashed back to now-distant times, so many memories. And I saw us as teenagers at the beach on Cape Cod playing in the water together. And I saw us as boys, driving to school. My brother was five years younger than me, so we attended the same school only for one year -- my senior year, his seventh-grade year -- at Noble and Greenough School, and I would often drive us both to school. Invariably, I made us late, yet my brother, never as stressed as me, was always impressively calm. At school he endured the jests and teasing from the other boys about being my “little brother.” I was president of the school and had charted a certain path at Nobles. But my brother found his own creative route at school, as he would throughout his life. His journey was never easy, never direct, but inventive. Through it all he remained fiercely determined with a clear and strong sense of self.

Over the years I had proudly watched my brother perform in a wide variety of contexts. While at Nobles, we had a black theatre troupe known as “the Family.” In 1973, we put on a play entitled ''A Medal for Willie,'' by William Branch, and because he was only in the seventh grade, Keith played only a small role, but even then you could see his flair for performance, his comfort on the stage. At home, our older sister Patricia would teach him the latest dances, and he would execute them with verve as I watched from the sidelines, impressed with his moves, and not without a few twinges of jealousy since I’ve always had two left feet. As a teenager he raced as a speed skater. I do not remember how he became involved in the sport; I only remember traveling with my family to watch his meets in the suburbs of Boston. I do not remember if he won or lost, I do know that he always competed with great ferocity and commitment.

When he announced to me that he was dropping out of graduate school at the Fashion Institute of Technology to pursue a career in rap, I thought he was making a grave mistake and warned him against it. But as always he was determined, and in the end he would succeed beyond perhaps what even he had imagined. Early on in his rap journey, he visited me in Washington., D.C., over a Thanksgiving weekend. I was teaching at the University of Maryland then, and we went to what was perhaps the most dreadful party we had ever attended. As we hastened out the door, I apologized for bringing him to this party. My brother replied “let’s write a rap song about it,” and we did. The lyrics made us laugh as we collaborated on the rhyme scheme and rode off into the D.C. night. It is one of my fondest memories, this spontaneous brotherly moment of collaboration and play.

Keith’s big break came with Spike Lee’s film ''Mo’ Better Blues,'' with his song “A Jazz Thing” underscoring the credits. I watched that film over and over again just to hear my brother at its end. Soon he was on to creating his first Jazzmatazz album with others to follow, and he became credited for creating a fusion between jazz and hip hop. To be sure, that fusion owes something to our grandfather Edward Clark and Keith’s godfather, George Johnson, who introduced Keith to jazz by playing their favorite albums for him. He credits them both on his first Jazzmatazz. That first Jazzmatazz album featured musical heroes of my youth, Roy Ayers, and Donald Byrd, and here was my brother featuring them on his album. And with this success, came tours. I have seen him perform all over the world, and each time he would give a shout out from the stage to his brother and my wife, Michele. And I was so proud. It sometimes struck me with awe that all these people were there to see my brother. I watched him deal out magic; he was in his element feeling the crowd, and them responding to his groove. This was my baby brother, the kid with whom I once shared a room. The kid whose asthma would cause him to hack and cough and wheeze at night keeping me up. But when I would complain, my parents would send me out of the room. The message was clear: Love your siblings, whatever their frailties. Shorter than me and slighter of build, my brother suffered from asthma and allergies his whole life, but he was always a survivor

Back in 1993, when he played at Stanford University, I was in perhaps my third year as a professor there. As I walked into the auditorium that night, the assembled audience of students looked at me with a new awareness, “that’s the Guru’s brother,” not that’s Professor Elam, but the Guru’s brother.

And I was, and am, the Guru’s brother. I admired and loved him deeply, my little brother. And I was and am so proud of him, and how he made his dreams reality . And with the outpouring of love that has crowded my e-mail with his passing, I know that he touched so many with his music. My brother cared deeply about family. He raps of my parents in more than one song. They are featured on his video “Ex girl to next girl.” It was one thing seeing my brother on MTV; it was another seeing my parents. His son K.C. was the joy of his life.

The doctors told me back in February that there was not much chance of my brother recovering from the coma. But my brother has always been a fighter, always been one to overcome surprising adversities, so this seemed just one more. We prayed that he would again prevail. But it was not to be. Still his drive, his spirit, his energy, his positivity will live on, and so will his music. “that’s how I’m livin…”

Harry J. Elam Jr. is the senior associate vice provost at Stanford University and the author of several books, including "The Past as Present in the Drama of August Wilson.'' 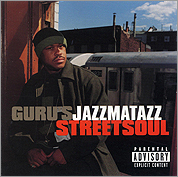 (EMI/AP)
Keith Elam worked with a variety of artists on his acclaimed “Jazzmatazz’’ series of four albums, from 1993 to 2007.
Advertisement
All our Twitter accounts