Despite his famous fans, this 82-year-old charmer keeps waiting for stardom 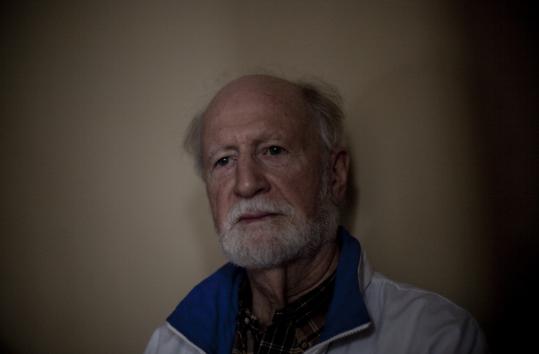 Mose Allison is releasing his first studio album in 13 years, “The Way of the World.’’ (Eric Grigorian for The Boston Globe)
By Sarah Rodman Globe Staff / March 21, 2010

CULVER CITY, Calif. — Sitting in the lounge of a vintage hotel in a colorful windbreaker, comfortable jeans, sneakers, and a ball cap fitted around tufts of white hair, Mose Allison looks like a kindly older gentleman quietly enjoying a sunny Sunday afternoon.

Although at 82, Allison does in fact fit that description, he is also a musician, and a pretty influential one at that, with a laundry list of fans more famous than he’ll ever be. Among those who have been bewitched by the Mississippi native’s sharp, often comic lyrical insights and casually brilliant and hard-to-categorize piano playing are Van Morrison, the Who, Diana Krall, Bonnie Raitt, Ray Davies, the Clash, Elvis Costello, and Tom Waits.

Allison has most often been labeled either a jazz or blues musician, but he’s also a classic singer-songwriter with a distinctive voice whose tunes betray a catholic appreciation for folk, classical, and pop music in the great American songbook tradition. In Barney Hoskyns’s 2009 Waits biography, “Lowside of the Road,’’ the kindred spirit praises his friend Allison’s economical songwriting style. “You can’t help but love him to death,’’ Waits said. “He’s like honey poured all over you.’’

Things might just be getting sticky again. On Tuesday, Allison will release his first new studio album in 13 years, “The Way of the World.’’

Upon arriving in New York in the 1950s, Allison was quickly signed to recording deals and consistently booked into clubs. His albums didn’t make much noise, but in the ’60s rock ’n’ rollers began covering his songs. The Who’s version of “Young Man’s Blues’’ helped spread the gospel of the man mashing boogie-woogie and biting wit. Other covers followed, including Raitt’s version of “Everybody’s Cryin’ Mercy’’ and the Clash’s take of “Look Here.’’ Morrison recorded an entire album of Allison songs. Allison himself kept plugging away.

Still spry and sharp-witted — something he attributes to a life filled with exercise and voracious reading and devoid of smoking — the charming Southern gentleman prefers pithy answers punctuated by jolly cackles. He gets a kick out of talking about some of his inspirations, including favorite musicians and songwriters — among them Nat Cole, Duke Ellington, and John D. Loudermilk — and writers from Shakespeare to Marshall McLuhan. Of the classical composer Bela Bartok he says, “I figured, man, if Bartok can take simple melodies from folk songs and do a record of them, then I would be able to do that with the music I was brought up with, the blues stuff.’’

Allison is grateful to his many acolytes for the financial boost their cover versions have given him since his records sell only in the neighborhood of 3,000 to 4,000 each, he says. And he appreciates the critical plaudits he’s received over the years but is matter of fact about their impact. Using one of his favorite phrases he says, “I don’t bother about it. I like to get compliments, but they don’t do anything for me as a practical matter.’’

Playing roughly 100 shows a year — including two coming up June 5 at Scullers — provides Allison with the same thrill it always has, but he admits that it’s getting a little harder, especially when it comes to remembering all of the lyrics given his verbose writing style. “I forget ’em sometimes. But I found out when I forget the words sometimes it throws me into a different thing and it actually turns out to be a positive thing, I think, because I have to adjust to it,’’ he says. The previous evening, in his early set at Largo at the Coronet in Los Angeles, if Allison dropped a single word it wasn’t obvious.

Recording, however, was no longer of interest to him. Then he met Joe Henry at a German music festival in 2008.

Henry, a Grammy-nominated producer who has worked with Solomon Burke, Bettye LaVette, and Mavis Staples, says he became “obsessed’’ with how relevant some of Allison’s songs from the Vietnam era, like “Monsters of the Id’’ and “Everybody’s Cryin’ Mercy,’’ were to today’s angst-ridden, war-torn world. “I really felt like Mose had something more to say,’’ Henry says on the phone.

Allison rebuffed him, saying, “I don’t do that anymore. Nobody buys the old ones. Why would I make a new one?’’ So Henry began a tenacious e-mail campaign and shrewdly enlisted a co-conspirator: Allison’s wife of 59 years, Audre. “She would dutifully print them out and hand them to him at the breakfast table or between innings of a ballgame,’’ Henry says. This went on for 10 months.

“He kept bugging me about it, and he’s got a great reputation, so I figured, what the hell, why not let him see if he can sell any records,’’ Allison says with a grin. “I’ve got 50 albums out on the market, off and on, and none of them are selling according to the statements I get, so I figured I’ll let him direct me.’’

Henry hired a small group of trusted musicians and friends — including drummer Jay Bellerose and pedal steel legend Greg Leisz — and recorded “The Way of the World’’ in five days at his home studio in Pasadena. It is a swinging recording that puts Allison’s voice and piano front and center on crackling arrangements of some new gems like “Modest Proposal,’’ in which he asks for a vacation for the Almighty, and the wry “My Brain,’’ which details the declining neurons in his still vital noggin. Allison takes on several covers including Loudon Wainwright III’s “I’m Alright’’ and a version of his daughter Amy’s song “Everybody Thinks You’re An Angel.’’ Amy duets with her dad on Buddy Johnson’s “This New Situation.’’

Henry said he hopes the album will expose Allison to a wider audience, because as far as he’s concerned there are only two types of music fans: people who love Mose Allison and people who haven’t heard him yet.

So if he’s so revered, why isn’t Mose Allison a bigger star?

“That’s probably partly my own fault,’’ he says. “To make a career in music you need a lawyer, a personal manager, a publicist, an agency, and a record company. And all those things have to be working together, and I’ve never had that. I’ve had people wanting to do that for me for years, but they always come up with something that turns me off.’’ Like, say, lip-synching on a TV show? “Yeah,’’ he says with another laugh. He knows his unwillingness in playing the game has cost him. But, as he says again, “I don’t bother about that.’’