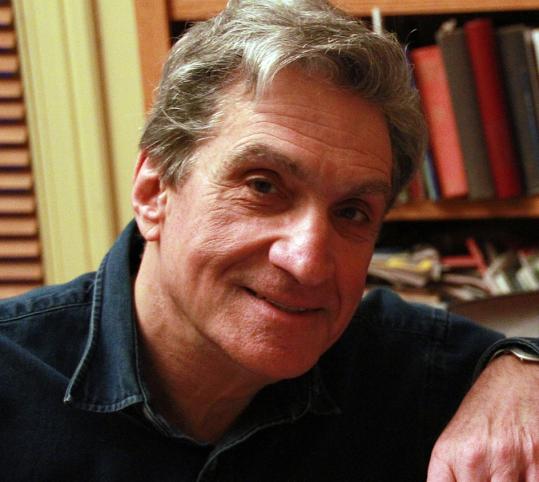 Q. Is it improvised?

A. Yes. It’s improvised and I know what I’m going to read. There’s a lot of improvisation to it. We do - especially because I’ve worked with these guys before - we know what poems we’re going to do and what tunes and what instrumentation we’re using.

Q. What do you get from this that you don’t from just doing a reading?

A. I get a pleasure that I experienced when I was in my teens and 20s, which was the pleasure of collaborating with other musicians. There was a period I was intense about playing music. Also, I feel the real nature of my poetry is clear to people when they understand I write for the voice and the ear.

Q. Why did you stop playing with other musicians?

A. The guys I played with on the New Jersey shore stayed and I went off to college. And gradually I’d go back and try to play with them and I was more involved with other things, words. And I don’t think I had the musical talent I’d have needed to have a career in music. But it was a great pleasure for me. It was playing in bars and beach clubs, dances, and weddings.

Q. You ever think, maybe I’ll pull out my saxophone at the gig?

A. When I’m working with Stan Strickland, how stupid would it be for me to get out my horn and play.

Q. Maybe as stupid as Stan reading his poetry. So is there a model or is there something you’ve seen with words and music that you’d say, this is similar?

A. The thing that comes closest is things that Kenneth Rexroth did in the ’50s and ’60s with jazz players in San Francisco. The ones I know of, Rexroth understood music the best. But really, I think what we’re doing is unique. I don’t think there’s anything quite like it.