End of the line for Aerosmith? 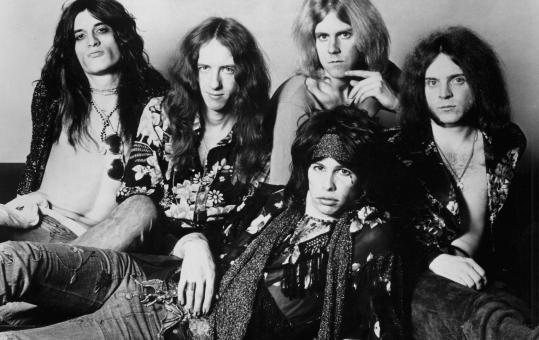 Has Steven Tyler quit Aerosmith? It sure seems so.

After 40 years fronting one of rock ’n’ roll’s most successful bands, the singer famous for his elastic lips and shrill scream has apparently decided to walk that way, and his departure is raising questions about whether Aerosmith could carry on with a new singer.

The band, which has been roiled by internal tension for months, is not confirming the split. But after a concert last week, Tyler told the British magazine Classic Rock that he had pulled out of the band’s scheduled tour of South America and will focus on a solo career, which he referred to as “brand Tyler.’’ In the same interview, Aerosmith guitarist Brad Whitford mused on the possibility of replacing the 61-year-old singer, prompting fans, disc jockeys, and others to wonder about the band’s commercial viability with a new or unknown singer.

“I think the odds are probably against it,’’ said Gary Bongiovanni, editor in chief of Pollstar, a music industry trade magazine. “That’s assuming that they go out and call themselves Aerosmith with a singer that sounds just like Steven Tyler.’’

Long one of rock’s most combustible acts - the band broke up in the early 1980s and then enjoyed a wildly successful comeback - Aerosmith has been rumored to be on the rocks since a disastrous summer tour during which Tyler fell off the stage and broke his shoulder. The friction within the band was particularly evident in recent weeks as Aerosmith played contractually obligated shows in San Francisco, Hawaii, and Abu Dhabi. Tyler not only didn’t rehearse with the band, he traveled separately and did not see or speak to the other members off stage.

In an interview yesterday, guitarist Joe Perry said he and Whitford, bassist Tom Hamilton, and drummer Joey Kramer were surprised by Tyler’s comments, and aren’t sure what the singer is thinking.

“Like everyone else, we just read it online,’’ Perry said. “We were kind of knocked back on our heels.’’

The guitarist sounded subdued as he spoke about the complicated dynamics within Aerosmith. He said Tyler initially signaled his unhappiness during the recording of Aerosmith’s latest studio CD, which is not finished. (The band has not released a record of original material since 2001’s “Just Push Play.’’) Then, over the summer, Tyler also abruptly dropped his association with the band’s longtime manager, Howard Kaufman, and signed a separate management deal with Union Entertainment Group. Tyler could not be reached yesterday, and a publicist at Union did not respond to a call or e-mail.

Perry did not rule out the possibility that Aerosmith might take the stage with someone other than Tyler. It’s a dilemma many other bands have faced, he said, mentioning Led Zeppelin, in particular.

“I go between the Robert Plant school of thought - that Led Zeppelin could never exist without [drummer] John Bonham - and the [Jimmy] Page side of things - that you just go out, get somebody to add to the mix, and call it Zeppelin,’’ Perry said. “I think performing without Steven has crossed people’s minds.’’

It probably would be a tough sell for fans, who expect to see the sinuous Tyler, his microphone stand draped in scarves, howling the hits that in 2001 earned the band a spot in the Rock and Roll Hall of Fame. Van Halen and Journey, among other bands, had success with replacement singers, but Tyler ranks among the most iconic frontmen in rock history.

Carter Alan, music director at rock station WZLX-FM (100.7), said he has difficulty envisioning fans embracing Aerosmith without Tyler. “I think the band has the right to try that, but I don’t know if the audience would accept it, because it’s the Toxic Twins, the doppelgangers, it’s those two guys,’’ Alan said. “Not to take anything away from Joey, Tom, and Brad, but the creative drive that drives the band is from Joe and Steven.’’

Chris Kopchak, who began the “Aerofanatic’’ group on Facebook, blames Tyler for the band’s recent problems but concedes the singer is essential to the band’s success.

“Would I go see them with another singer? Of course,’’ said Kopchak, who’s seen the band 27 times. “The music is what’s most important to me, but I don’t think they’d be viable, commercially, without Tyler.’’

Fans may get their first glimpse of “brand Tyler’’ in January when the singer appears at the Capitol Center for the Arts in Concord, N.H. The event, “Dream On: An Intimate Evening With Steven Tyler,’’ is billed as a multimedia presentation with video, a two-song performance, and a Q&A with the singer. The evening, which promises “a revealing look at the intimate details of Tyler’s life,’’ is a benefit for Child and Family Services’ adolescent substance abuse treatment and child abuse prevention initiatives.

Stephen Davis, who wrote the best-selling Aerosmith biography “Walk This Way,’’ said he is reminded of the band’s breakup in 1981, when Perry quit and swore he would never return. (On the band’s 1982 LP “Rock in a Hard Place,’’ Jimmy Crespo and Rick Dufay played in place of Perry and Whitford.)

“Joe and Steven are like brothers who hate each other but can’t live without each other,’’ Davis said. “There are no permanent vacations in the Aerosmith camp.’’

Photos: Aerosmith through the years