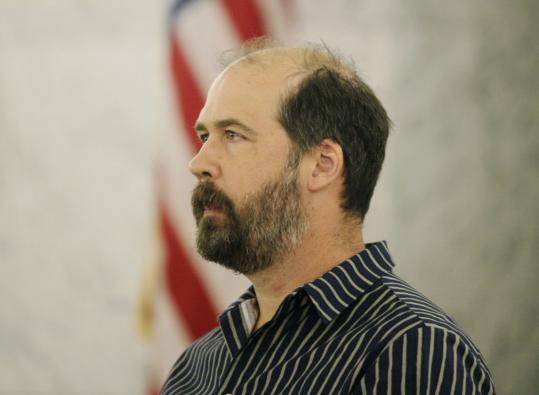 He released a new record in May, had a short-lived protest candidacy for clerk of his home county in Washington state, and is now focused on keeping an alternative voting system in place in another county.

“Politics is just organizing people toward common goals, and I feel like I’m doing a lot of good work,’’ Novoselic said after speaking at a luncheon hosted by Washington state Secretary of State Sam Reed. “It takes a while but you have successes and you have setbacks.’’

Novoselic said that he’s already working to defeat a November ballot measure that would repeal Pierce County’s “ranked choice’’ voting system, in which a voter ranks each candidate in order of preference.

He said he’s also planning to be involved in an effort to get a similar system in Los Angeles.

Last month, he withdrew from the race for Wahkiakum County clerk, saying he filed for the office only to protest Washington’s system of letting candidates pick their own party affiliation.

Novoselic, who lives in tiny Deep River, is the head of his local chapter of the Grange, a civic organization.

He’s also chairman of the county Democrats. His election paperwork declared that he was running under the “Grange Party’’ banner, even though the Grange isn’t a political party.

“People are looking for new things and they were positive about the idea of the Grange Party,’’ he said. “Because I’m well known in the county and beyond, I think I got a good response.’’

A few weeks later, he withdrew his name from contention. “I’m not crusading anymore,’’ he said. “I made my point.’’

In addition to his local political activism, Novoselic writes a weekly blog and has a radio show on an Astoria, Ore.-based radio station twice a month.

A pilot, he regularly flies his Cessna 182 around the state..

He recently had his oral history posted online as part of Washington state’s Secretary of State’s Legacy Project.

Novoselic, 44, says he recently quit his latest band, Flipper, because he didn’t want to tour. His last album with them was released in May.

He said he still plays guitar every day, and is looking to organize a new band, but needs to find a drummer first.