Many in Boston are stunned, stirred to tears by star’s death 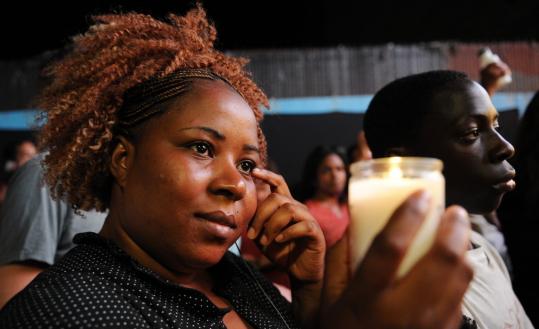 Tears, shock, and surprise were just a few of the reactions around the city last night as the news spread almost instantly of the death of Michael Jackson, the self-proclaimed “King of Pop.’’

“Oh, my God, no, not the King of Pop,’’ said Carla Snow, 30, outside on Blue Hill Avenue in Grove Hall in Roxbury. “Farrah Fawcett I get, with cancer. But Michael Jackson, no. My daughter is 7 years old, and she loves Michael Jackson. I’m going to have to tell her, and she’s going to cry. No one lives forever.’’

Across Boston yesterday, people were stunned, and everyone had something to say about the news that reverberated across the nation and the world.

“It’s wild; I wouldn’t have expected it,’’ said Daniel Rogers, 38, of Dorchester, from behind the counter of Century Liquors in Grove Hall. “It’s going to be interesting watching people react. LA’s going to be crazy tonight.’’

Many customers in the store mentioned Jackson as they approached Rogers. Some even joked about the strong reaction Jackson’s death evoked around the neighborhood.

Some fans wished Jackson’s family well, while others were personally moved to tears.

“I cried for [rapper] Tupac [Shakur]. I’ll cry for Mike,’’ said Lugi Romaine, 40, of Dorchester, who described herself as one of Jackson’s biggest admirers.

“In the ’80s, when Michael Jackson was the hottest pop star artist, there wasn’t a single day when he wasn’t on the cover of newspapers or magazines,’’ she said. “Every inch of my walls in my room were covered with Michael Jackson posters. He is a phenomenon. I still can’t believe it.’’

Other people were not so sure of Jackson’s legacy, after the pop icon had been involved in some infamous incidents in the past, including charges of child molestation, of which he was cleared in 2005, and dangling his baby from a hotel balcony in Berlin in 2002.

“Maybe it’s for the best,’’ said Dan Scott, 28, of Kenmore Square, after he was told Jackson was dead. “The real Michael Jackson died a long time ago,’’ he said, adding that he thought Jackson, like a great number of child stars, struggled with personal demons.

“What percentage of them went off the deep end?’’ he asked. “He certainly didn’t have the deck stacked in his favor. I feel a lot worse about him losing himself, than us losing him.’’

Some, however, were quick to separate the artist’s musical oeuvre from his personal tribulations.

“I think people will remember him for being crazy,’’ said Alyssa Muro, 22, a cocktail waitress who works in Kenmore Square. But her feelings on his music? “It’s awesome,’’ she said. “You have to separate it.’’

The tendency to divide Jackson’s personal life from his musical career was a common reaction for those still grappling with the shock of the artist’s death at age 50.

Although some 24-hour cable news channels began reporting the story nonstop yesterday evening, some people were still dutifully breaking the news to friends and loved ones through word of mouth or with electronic messages. Muro said she was in a training session at work when she received a text message informing her of Jackson’s death. She told her co-workers, who were surprised at the news, she said.

Rogers said he saw the news on television and immediately dialed his mother. “I called my mama, made sure she knew,’’ he said.

On the question of the child molestation charges Jackson had faced, Romaine said, “Only God can judge. If he did that, he will be judged by his creator.’’ 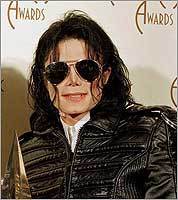