THIS STORY HAS BEEN FORMATTED FOR EASY PRINTING
G FORCE | THALIA 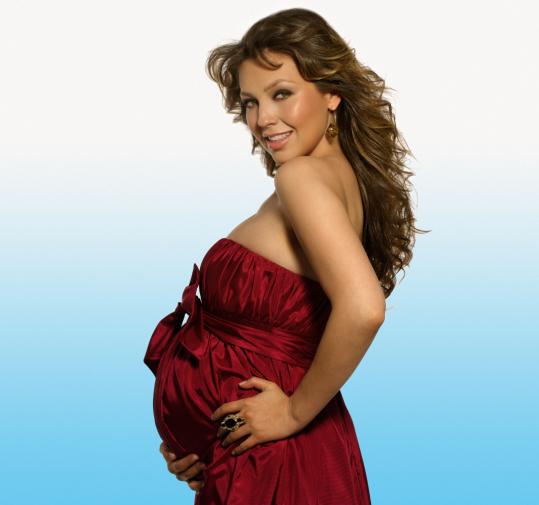 Mexican entertainer Thalía has written a pregnancy guide. ''Having a baby makes you want to connect with humanity in a more sincere and honest way,'' she says.
By James Reed Globe Staff / May 12, 2009
Text size – +

Mexican superstar Thalia has been the pinup girl for many things in her chameleonic career. Diva-in-waiting in the tween pop band Timbiriche. A wildly popular telenovela actress. Queen of the dance floor one year, mariachi singer the next. Fashion designer. Radio host. You name it.

But the dream she always wanted to pursue came later in life. The 37-year-old entertainer gave birth to her first child, Sabrina, 18 months ago, and now she and her husband, music mogul Tommy Mottola, are raising their family in New York and Florida.

Thalia's latest venture is a book she co-wrote called "Thalia: ¡Radiante!," a warmly written pregnancy guide meant to uplift expectant mothers. It's perhaps the last thing Thalia's fans would expect from her - to see their idol with a maternal glow - but she says everything changes when suddenly someone's calling you "Mami."

Q. You mention in the book that you always wanted to be a mother, so why did you wait so long to have Sabrina?

A. Seriously, there's a biological clock that everyone talks about, and you really start to feel it. In my case I started my career basically when I was 5 years old. Since that point till now, I've been working. But I thought, this is a great moment for me and I was feeling the clock and knew now was the time.

Q. How did having Sabrina change your music?

A.Having a baby makes you want to connect with humanity in a more sincere and honest way. I'm not saying that before I didn't do that, because before I did all kinds of romantic, profound, and touching songs, but now it's a different approach.

Q. Yes, but I feel like your music, which tends to be rather celebratory, has always tried to connect with people on that level.

A. I try to be always honest. That's the main thing about me. What you see is what I am.

Q. What surprised you most about motherhood?

A. One of the biggest surprises was my 33-hour delivery. C'mon, nobody told me about that. I thought it was going to be five or six hours. But 33?!

Q. So she's only 18 months old, but is Sabrina singing any of your songs yet?

A. She's singing a little bit of "Amor a la Mexicana." She sings the ends of some of the others, too, but mostly she dances to them.

Q. You've always gotten a lot of attention for your looks. Did you have any issues with how your body changed during pregnancy?

A. I had only one problem: I felt so hot and so sexy!