THIS STORY HAS BEEN FORMATTED FOR EASY PRINTING
A WORD WITH . . .

Cut Off Your Hands 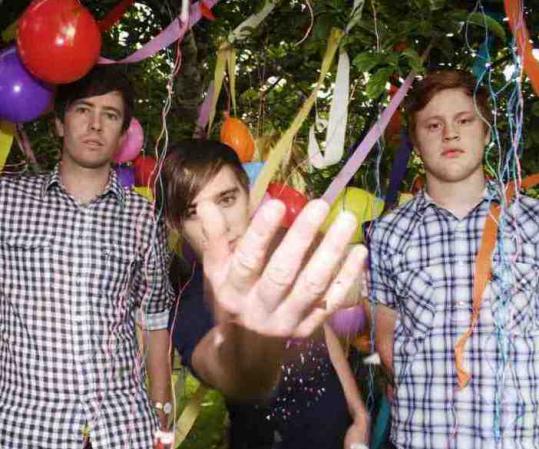 Cut Off Your Hands plays an 18+ show at Harpers Ferry tomorrow at 8 p.m. Tickets are $12 at www.harpersferryboston.com.
By Rachel Zarrell Globe Correspondent / May 8, 2009
Text size – +

The New Zealand-based power-pop band Cut Off Your Hands has had quite a few obstacles thrown at it since forming in 2006. Originally called Shaky Hands, the group was forced to change its name after coming to the States and getting threatened with legal action by the Portland, Ore., rock group the Shaky Hands. And recently, two members have left the band: guitarist Michael Ramirez, who left to get married, and drummer Brent Harris, who is suffering from hearing loss. "It's like we have a different band now," said lead singer Nick Johnston.

The four original band members go way back, all the way to kindergarten, although they only discovered this recently. But Johnston doesn't seem overly worried about the changes, claiming Harris might come back after a year. "For us it's losing a band member, and that [stinks] that our band isn't going to be as strong, but for him it's life and he possibly won't hear anything again for the rest of his life," he said. "Some things are just a bit more important than playing shows."

Cut Off Your Hands has been touring the United States in support of its foot-tapping first full album, "You & I," released in January, and the band has noticed a familiar attitude among audiences here. "New Zealanders are quite withdrawn," Johnston said. "It's kind of like [how] New York crowds are like, arms crossed, really taking a long time to warm to you or whatever. New Zealand is a bit like that in general. We're shy kind of people, not going to get excited and express ourselves overtly."

Some of the fans are a little too friendly, though. "Depending on what side of the country we're on," he said, "there'll be the same kids that come to every single show and try to get backstage, and take creepy backstage photos of you that you don't realize they took and get you to sign them."

But that doesn't mean Johnston, who thinks the record is "a little overproduced," doesn't want people to check out the band's show.

"It's fast and energetic," he said. "A lot more raw live than it is on the record."