THIS STORY HAS BEEN FORMATTED FOR EASY PRINTING
CD REVIEW

Dylan finds the rhythms of love 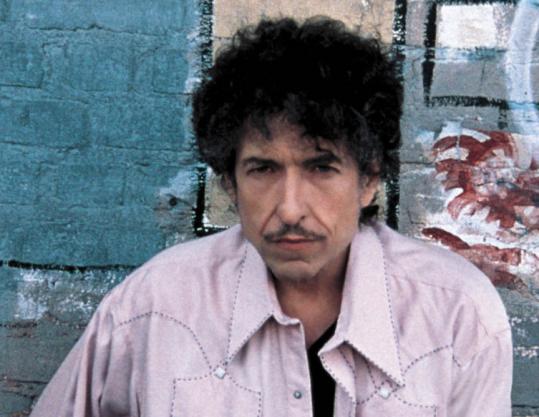 Bob Dylan brings a loose and rootsy sensibility - and his trademark voice - to ''Together Through Life.'' (Sony Music)
By Sarah Rodman Globe Staff / April 29, 2009
Text size – +

On an album consumed with examining love, it feels right that Bob Dylan takes a decidedly R&B-flavored route. Every romance has its own rhythms, after all, and certainly there is no greater source for the blues.

His new "Together Through Life" seems to be more a chronicle of how love actually feels at different stages than an outright celebration of it, and the grizzled-old-soul-man patina Dylan layers over his barbed-wire croak offers the familiar passion and despair of every relationship.

Self-produced under the nom de studio Jack Frost, "Together" has a loose and rootsy sensibility that pleasantly betrays its speedily recorded origins. No matter what Dylan's singing about, a musician's sense of enjoyment permeates the proceedings alongside the songwriter's normal sense of intent. His collaborators no doubt had something to do with that. Dylan co-wrote all but one of the tracks here with Grateful Dead lyricist Robert Hunter and played with a stellar backing band featuring stalwart bassist Tony Garnier, Heartbreakers guitarist Mike Campbell, and accordionist David Hidalgo of Los Lobos.

This gifted crew evokes different musical locales over the course of 10 ambling tracks. Lovers head for sultry juke joints ("Beyond Here Lies Nothin' "), are unsettled by regret at a dusty Southwest border ("This Dream of You"), and declare their intentions in the cool bustle of a Chicago blues haunt ("Jolene"). Wherever the tunes lead, the sublime sound of Hidalgo's accordion keeps the mood cohesive, moving easily from Cajun swing to fever dream blues in the space of a few minutes. Likewise, Campbell's guitar heats up as it snakes through the songs, by turns offering chicken scratch riffing and lyrical solos.

The lone exception to the shambolic down-home vibe is the boozy "Life Is Hard." Tom Waits could probably have made this work, but Dylan's attempt to produce something resembling sustain is beyond rough. The track is lovely, however, as Campbell's feathery mandolin and drummer George Recile's brushed snare accompany a dejected soul down the boulevard as he watches the sun, and his love life, slink away on the horizon.

Because of Dylan's stature, every release comes with loaded expectations. "Together Through Life" short-circuits those by simply being an enjoyable record that doesn't seem to be making a big statement. There's enough beguiling musicality to captivate any music fan willing to embrace that voice, and enough evocative images to satisfy the always thirsting Dylan-ologists.

Regardless, Dylan isn't losing any sleep. As he sings on "Jolene," "I keep my hands in my pocket, I'm moving along, people think they know, but they're all wrong."