Booker T. (no MGs) chugs along 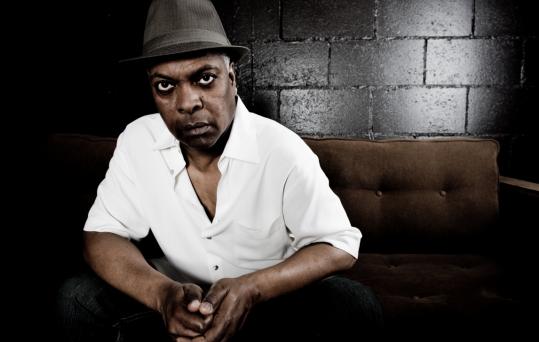 When Booker T. Jones was 9 years old, he walked into the house of Elmertha Cole, his piano teacher when he was growing up in Memphis, and was instantly intrigued by a mysterious piece of furniture hidden between two china cabinets on the far end of the dining room. At Jones's request, Cole opened up the item - a Hammond B-3 organ. As Jones tells it, the moment he laid his hands on the keys and heard that warm, bluesy sound, "I immediately fell in love."

More than half a century later, Jones's name has become virtually synonymous with the instrument. Since 1961, he has served as the keyboardist/organist for Booker T. & the MGs, best known as the Stax Records house band that performed behind acts like Otis Redding and the Staple Singers. This week Jones released his first solo album in 20 years, "Potato Hole," with guest turns by Neil Young and the Drive-By Truckers that imbue his trademark instrumental soul with gritty Southern-rock stylings. Speaking by phone from his home in Tiburon, Calif., Jones, 64, is euphoric as he recalls his first tour dates in Atlanta earlier in this month. "It's a special thing to be onstage, seeing the heads bobbing and people whistling along," he says. "It's an exhilarating feeling." (The soul legend will be heading to Londonderry, N.H., on Wednesday to play the Tupelo Music Hall.)

According to Jones, the road that led to this unlikely soul-rock collaboration has been relatively fluid. He first hooked up with Neil Young in 1992 for a Bob Dylan tribute concert, and later worked with the singer-songwriter on his 2002 album "Are You Passionate?" At the 2007 South by Southwest festival, Jones jammed with the Drive-By Truckers and felt an instinctive connection with the Georgia-based rock outfit. When the keyboardist started recording new material this year, he increasingly turned to the Truckers and Young, the latter of whom plays guitar on nine of the 10 tracks on "Potato Hole."

As drastic a departure as it may seem, the new album only further highlights the Rock and Roll Hall of Famer's eclectic tastes. Born into an artistic household - his mother was a classically trained pianist - Jones had an enriching musical upbringing filled with equal parts Bach and Basie. At 16 he got his big break playing baritone sax on Rufus and Carla's 1961 song "Cause I Love You," the first hit for the small, Memphis-based Stax Records. Over the next decade, Booker T. & the MGs served as the integral backbone for classic soul tunes like Redding's "Try a Little Tenderness" and Wilson Pickett's "In the Midnight Hour." The group also found its own success with a string of Top 40 hits that included "Hip Hug-Her," "Time Is Tight," and, most famously, "Green Onions."

Booker T. & the MGs officially broke up in 1971, and Jones has stayed busy touring (with and without the MGs) and collaborating with artists like Young and Willie Nelson. But his recent recording hiatus, he confesses, has more to do with technology than anything else. "The digital world came and I got left behind," Jones says. "I couldn't be a producer anymore; I had to go back to school and learn how to record." He returned to the booth for "Potato Hole" only after taking several years of classes honing his Pro Tools skills.

The workload won't be letting up anytime soon: Jones's performance schedule over the next few months includes a three-day stint on "Late Night With Jimmy Fallon," as well as festival shows at the New Orleans jazz fest and Bonnaroo. And while his fans might be clamoring for a long-awaited MGs studio album, he has no plans beyond the current tour, remaining content to let projects develop organically. "I learned a lesson with ["Potato Hole"] to be open to the moment," he says, marveling at his somewhat improbable musical partnerships. "I never really dreamt that I would be doing this music, and yet, somehow, it's become my dream to do it."