M83 looks back at teen years on 'Saturdays' 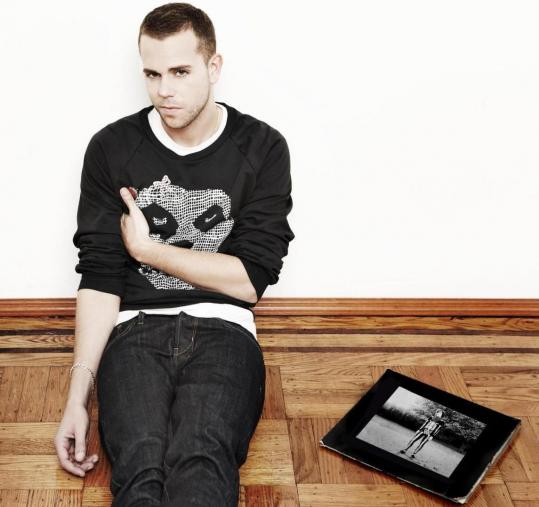 Saturday is the day for cutting loose. Growing up in the coastal town of Antibes, on the beautiful Côte d'Azur in the south of France, Anthony Gonzalez remembers Saturdays spent hanging out with friends and listening to music, and doing, well, all sorts of fun things. At 27, Gonzalez, who composes and performs as M83, distilled memories both personal and borrowed into his effervescent new electro-pop album, "Saturdays = Youth."

"It's a tribute to my teenage years because it was one of the best periods of my life," Gonzalez says of his fifth record. "But, also, there's something touching and beautiful, some kind of poetry about being a teenager that I really like."

Musically, Gonzalez looked not to his teenage years, but to the 1980s for inspiration. The result, however, sounds nothing like the de rigueur dance rock of obviously '80s-influenced bands like Bloc Party or the Rapture. Gonzalez, who brings M83 to the Middle East Downstairs Monday, copped more from chart pop bands like Tears for Fears and the ethereal Cocteau Twins than the post-punk lot.

"The idea was to have something very pop. I've got such good memories of being a teenager and listening to great pop songs," he says on the phone as he drives from Los Angeles to San Francisco on his current tour. Gonzalez formed M83 with erstwhile partner Nicolas Fromageau in 2000, creating moody electronic songs dominated by synthesizers. After their second disc, 2003's "Dead Cities, Red Seas & Lost Ghosts," Fromageau left. Gonzalez continued as M83, touring extensively for the anthemic follow-up, "Before the Dawn Heals Us." A little too extensively, actually.

"I was exhausted. It was good for me to have a break from music. I did everything except music; it was perfect," he says of his lengthy hiatus. His return to composing reaped more than "Saturdays." Last fall the wonderfully dreamy, ambient "Digital Shades Vol. 1" was released. "I really like to have different atmospheres on my records," he says of the big stylistic difference between the two discs.

Gonzalez says he's not much of a lyricist. He usually hands that duty to his elder brother, a film critic and budding director, Yann Gonzalez. Unintentionally, he found an additional songwriting collaborator in Los Angeles-based musician and singer Morgan Kibby, whom he hired originally as only a backing singer.

"Once we got in the studio, I was so surprised to be able to contribute to the extent that I did," says Kibby, 24, who fronts the avant-pop group The Romanovs but is currently part of M83's touring lineup. "Some songs were already written and I just ended up singing backup. But for 'Skin of the Night' and 'Up!' I wrote the entire lyrics and sang. The great thing about this album is that it doesn't smack of being a tribute. I remember hearing demos and I didn't think of them as [sounding] '80s. I thought of them as great songs."

There's one more source of inspiration for Gonzalez's homage, though: John Hughes's 1985 teen movie, "The Breakfast Club," whose characters are echoed on the "Saturdays = Youth" cover art. Gonzalez wasn't in high school in the '80s, but that's when he had his first musical crush.

"I was a big fan of Iron Maiden," he fondly recalls. "I learned guitar because of them. Then when I was 14, I started to like Sonic Youth, Slowdive, and My Bloody Valentine. I started to learn keyboards and started to make electronic music."

Gonzalez says he hopes to record another album before the end of the year. So what's next? More pop? More shoegazer?

Not according to Gonzalez: "The next one will be different," he asserts. "It's good to evolve, and my music evolves with me at the same time."