After breakup of Pavement, he clicks with Jicks 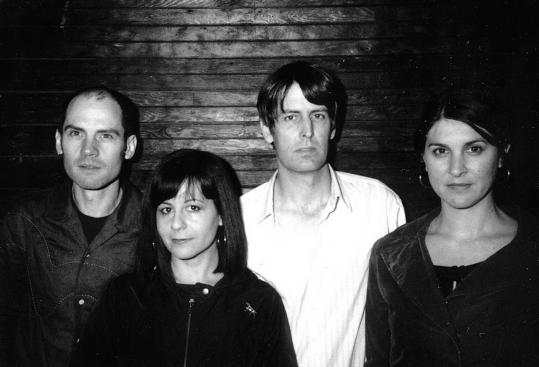 On "Real Emotional Trash," his fourth post-Pavement release and second credited with his band, the Jicks, Stephen Malkmus continues to delight and madden those who revere him for his work in that seminal '90s alt-rock band. It's a typical and typically strong compendium of groovy jams (some clocking in more than 10 minutes long) and Malkmus's uniquely oblique lyrics about suspected murderers, chardonnay-swillers, and mismatched romantic partners.

We recently chatted with the singer-songwriter, who brings his Jicks to the Paradise Rock Club for a sold-out show Tuesday.

Q. On an epic track like "Real Emotional Trash," where there are tempo and mood changes - one minute it's a meditative ballad, the next a full-tilt boogie - do you actually compose those parts ahead of time?

A. How that happens is just a matter of rehearsing in the room and making something that's kind of a buildup and a release. I think a band like Yes or something or these real progressive bands probably map things out a lot, but it's pretty much got an organic jamming-in-the-room kind of logic to it.

Q. On "Cold Son," with the lyrics about someone feeling out of place and people encroaching on his space, I keep picturing this guy stuck in the gym who hasn't worked out and somebody's near his elliptical machine, which I'm sure is not what the song is about. . .

A. (Laughs hard) I like that, but, um, no. It's about somebody that's maybe emotionally distant, but then also there's some references to "The Bachelor," the TV show. And then there's just a couple of one-liners in there. I don't know.

Q. How does it make you feel when people come to you with their wacky, left-field interpretations of your lyrics?

A. It doesn't annoy me. . . If you're a fan of a band, then you want to know more about it. Because you're passionate about it, you want to figure it out.

Q. Good. That makes me feel better about asking this question: Did Willie, the suspected murderer in the slinky rocker "Hopscotch Willie," do it?

A. Yeah, probably. . . . There's not many other suspects as far as I'm concerned.

Q. The Jicks have been called indie, prog-rock, even a jam band. Do you feel any particular categorical allegiance?

A. I would say that we're not really a classic jam band, and we're not like the indie of Rilo Kiley. Have you heard of them? We're not like that kind of indie; I guess we're more old-school indie (laughs). You know, from the times of SST and Touch and Go and Homestead, these labels that started in the '80s, we kind of play in that realm rather than this new kind of MySpace indie.

Q. Are you surprised that the interest in Pavement is still so intense so long after the band's demise?

A. Yeah, I guess. I don't know how [intense] it is, exactly, but I'm definitely surprised. I mean, the band was good and no doubt we had some strong albums, and maybe in the end good music does last for a while. It seems to from the '60s. Although I don't know whether there were baby boomer corporate people that wanted to insinuate that into our consciousness and make that part of our lifestyles. But I think that those songs are good, too, and they're forever so maybe Pavement's forever!

Q. People probably often lament to you about Pavement breaking up, but does anyone ever have the temerity to say they prefer your solo stuff?

A. Yeah, a lot of people do. We have people that are pure Jick power, and they know. Especially if they went to see Pavement play, they know what's good about the Jicks, because we were kind of crappy.

Correction: Because of a reporting error, an interview with Stephen Malkmus in Sunday's Arts & Entertainment section listed a wrong date for his concert. Malkmus and his band, the Jicks, will perform a sold-out show at the Paradise Rock Club on Thursday.