After 60 years, master pianist to retire 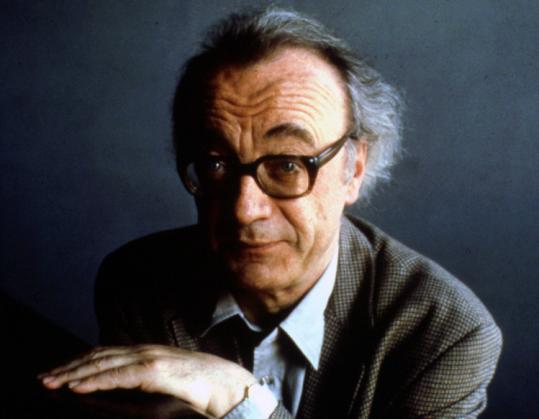 Alfred Brendel has been near the center of the musical universe long enough that somewhere along the way, he stopped being just a pianist and became an institution.

Brendel, 77, is the embodiment of a strand of classicism that prizes fidelity to the text over the performer's private impulses. Always committed to a rather small repertory, he has lately narrowed his focus even more, mining the works of a few composers again and again in search of fresh insights. His aesthetic has become as familiar and unmistakable as the image of his gaunt frame hunched over the keyboard.

Brendel's career, which spans six decades, comes to an end this year. He is in the midst of his final American tour, which reaches Symphony Hall tonight, courtesy of the Series of Boston. In December he will play his final public concert. Fittingly enough, it will be in Vienna, the musical capital of the 18th and 19th centuries and the cradle of the repertoire with which he is so closely identified.

One might expect that the end of so distinguished a vocation might put the pianist in a nostalgic, even sentimental mood. Yet that has never been Brendel's style, on or off the stage.

"I may be an emotional person, but not a sentimental one," he says with a laugh when reached earlier this month at his London home. It's a motto that could stand for his musical approach as well as his personality. When asked why he's chosen this year to stop playing publicly, he answers, "Because I am in good shape and I don't want to stop when it's too late," then adds a touch of black humor: "I feel like I should not wait until I disintegrate."

Turning more reflective, he adds a final thought: "And I feel that 60 years was . . . sufficient."

Over those years, Brendel has honed the rigorously objective approach to scores that has become his calling card. "If I belong to any tradition," he told a BBC documentary, "it is a tradition that makes the masterpiece tell the performer what he should do, not the performer telling the piece what it should be like or the composer what he ought to have written."

"But I don't want to be misunderstood," he says when reminded of this idea. Though adherence to the score is fundamental, "there are indeed performers who are mesmerized by what they see on the page and do absolutely nothing else. They are like computers. For me it's very important to know what the composer wrote down, but it is often not sufficient."

Nor does he want to be misunderstood about his repertoire, and in particular his concentration on Haydn, Mozart, Beethoven, and Schubert. "I'm always getting nervous when I hear this!" he says. It's true that he has played music by several other composers, including Brahms, Schumann, Liszt, Busoni, and Berg. He has championed the Schoenberg piano concerto and introduced it on three continents.

Nevertheless, over the last 10 years or so Brendel has played the four previously mentioned composers almost exclusively. That is partly because he has dropped works that are too taxing physically. But more importantly, "I'm getting older, and I want to concentrate on what is dearest and most interesting to me," he says.

All four are on his current program, which concludes with Schubert's great final sonata, in B-flat. "I thought it was a fitting conclusion to my career to do it," he states. Brendel has said and written much about the sonata, including a lecture and performance from the 1970s that's part of a recently released six-DVD set devoted to Schubert's piano music.

Brendel has long been recognized as one of music's most intelligent and articulate performers, and the DVD lectures display his gift for speaking about music in a way that is substantive yet accessible - and, not surprisingly, unsentimental. Against those who find the B-flat sonata relentlessly pervaded by melancholy, he opines that "the first two movements sound like a leave-taking, but with open, clear-sighted, dry eyes." Of the finale, he says, "I find less sigh-filled weariness in this movement than humor and playful strength."

Not coincidentally, Brendel plans to spend much of his post-performance career lecturing about music. "I will certainly not be idle," he says. Of course, he admits, it will not be the same as sitting at a piano before an audience. "That kind of adrenaline I may be missing. On the other hand, I hope to get some from my other activities."

He also plans to continue reading and writing poetry, of which he has published two volumes in English and three in German. Brendel's poems are surprisingly madcap, and many poke fun at the conventions of musical life. (He doesn't spare the composers, either.)

When the poetry is mentioned, his response is a slightly bemused "Yes?" as he waits to hear how his irreverent verse doesn't fit the familiar image of the dour, solemn Mr. Brendel.

"Sometimes when I play onstage I don't look very humorous," he acknowledges, "and so people think I'm particularly serious. Now, of course I'm serious, but I love humor and I admire the grotesque and I appreciate the absurd. When I write poetry, I appreciate sense as much as nonsense. I value both, and I value particularly the combination of both."

Asked whether he has any final thoughts to pass on to his public, Brendel laughs once more, feeling no need to make grand pronouncements. "No particular wisdom. Maybe read one of my poems when we are finished."

An award for Sylvan

Former Bostonian Sanford Sylvan is now based at McGill University in Montreal, but the baritone is back in town this weekend for a concert tomorrow by Coro Allegro. In addition to being a soloist, Sylvan will receive the inaugural Daniel Pinkham Award at tomorrow's concert. The award, named for the acclaimed composer, recognizes outstanding contributions to classical choral music and to the gay and lesbian community. At Sanders Theatre. 617-236-4011, coroallegro.org