A virtuoso instrument from Amsterdam 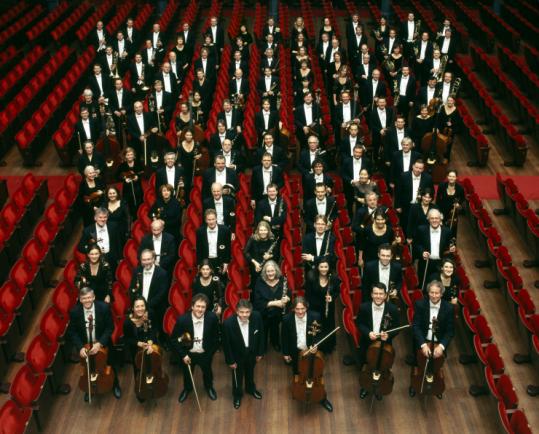 It's turning out to be a good season for visiting orchestras. The Series brought the Berlin Philharmonic in November and on Friday night in Symphony Hall, it presented Amsterdam's Royal Concertgebouw Orchestra, which under its chief conductor Mariss Jansons, took a straightforward program - Debussy's "La Mer" and Berlioz's "Symphonie Fantastique" - and easily, breezily confirmed its credentials as one of the marvels of the orchestral world.

The ensemble was last in town in 1999, and since then, Jansons has taken the baton from Riccardo Chailly. The orchestra has had remarkably few chief conductors in its 120-year history - Jansons is only its sixth - so much attention focuses on the styles and sound-concepts of each one. If Friday's performance under Jansons was any indication, the relationship, officially begun in 2004, has developed marvelously.

Jansons is a well-grounded intuitive conductor who seldom gives the impression of imposing heavy-handed interpretations on a score but rather seems to distill the expressive essence of the music at hand and project it in bold contours. He can lead dazzling performances but his demeanor never smacks of showmanship. On Friday night, the orchestra played with an astonishing level of control.

The subtlety of the group's multi-dimensional sound was first glimpsed in the Debussy. Despite some overall diffuseness of textures, daubs of color rose up from the strings. The woodwind blend was wonderfully distinctive, and the subtle horn sound wafted in from the back of the stage like an ocean breeze.

But it was the Technicolored splendor of the Berlioz that made the strongest impression. This was a focused and coherent reading that brought out the endless small moments of big drama in Berlioz's score. Most notable was the precision with which Jansons and the orchestra painted its canvases: the perfectly calibrated rumble with which the lower strings placed a chord, the poignant call-and-response between cor anglais and offstage oboe, the overall ensemble's breathtaking pianissimos and virtuosic hairpin turns. Trumpets were forceful but never sharp-edged, and the trombone sound was full of dark honey. After a blazing "March to the Scaffold," someone behind me could be heard whispering her own commentary on the evening's events: "Wow."