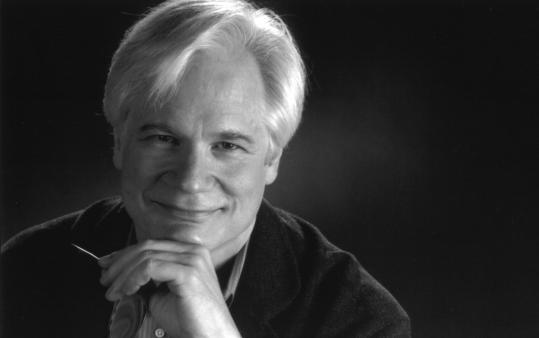 CAMBRIDGE - In the fourth of the "Folk Songs" Luciano Berio arranged in 1964, a lover petitions a nightingale. "Apprends-moi ton langage," he implores, "teach me your language." On Monday, one could hear Berio asking the same of music itself. The concluding concert of Collage New Music's shortened, all-Berio season focused on works of the '50s and '60s, when the late Italian composer both honed his avant-garde expertise and began to stake his claim to the unexpected directions where his music subsequently would go.

Much of Berio's work was finding a new vernacular of virtuosity. "Sequenza I," the first of 14 celebrated solo instrument investigations, puts the flute through an array of unorthodox paces. It's designed to dazzle, and Christopher Krueger certainly did, with playing of confident proficiency; but a deeper emotional thread to the piece never emerged. "Sequenza II," for harp, triumphed both as etude and narrative; in Franziska Huhn's technically accomplished, superbly paced performance, the production of exotic sounds - buzzing strings, wavering pedals, crepuscular rustling - was adjunct to the drama of their interaction.

In 1959's "Differences," tape-recorded versions of five instruments morph into alien electronics as their live counterparts attempt communication with bristling urgency; in the end, Berio restores the music's initial common tongue. Collage's vibrant reading made for an intense conversation.

"Circles," from 1960, also seems designed to loop around - settings of three E.E. Cummings poems, the texts repeated to form a five-movement arch - but the effect is of a new language coming into existence. Soprano Janna Baty, expertly delighting in the deconstruction of each word into its constituent parts, began by trading phonemes with Huhn's harp; her sounds and choreographed gestures soon brought two percussionists (Douglas Perkins and Nicholas Tolle) to vociferous life. The pair's development of explosive autonomy prompted echoes of the opening: a creation myth acted out, then ritualized. The performance was terrific, wide-awake and strikingly entertaining.

With the "Folk Songs" (conducted, along with "Differences," by music director David Hoose), Berio began to apply his newfound vocabulary to the whole of human musical activity; Baty's traditional singing and the group's untraditional playing were united with seamless ingenuity. Berio never exhausted his curiosity. Collage opened with the 90-second-long "Autre Fois," a 1971 memorial to Stravinsky (performed twice). An unstable rocking interval in the harp that traditionally would resolve instead proves the music's unchanging core. The journey is the point; the goal is possibility.