The new DreamWorks family film "Monsters vs. Aliens" opens this coming Friday, smack-dab in the middle of the annual March Madness college basketball frenzy. Coincidence? We think not.

A computer-animated 3-D extravaganza in which the US government enlists a ragtag team of monsters to battle aliens, "MvA" lifts off from our affection for several generations of movie beasties and extraterrestrials. The Missing Link (voiced by Will Arnett) is just different enough from the Creature From the Black Lagoon to placate the studio lawyers, and the same goes for B.O.B. the blob (Seth Rogen), the "Fly"-like Dr. Cockroach (Hugh Laurie), and Insectosaurus, a.k.a. a caterpillar version of Mothra.

That's fine, but it got us to thinking: How would the real monsters and aliens of film history - the real fictional ones, that is - stack up against each other in a fair fight? There's nothing to do but go to the brackets. On this page you'll find 16 famous monsters of filmland (including a few terrifying modern incarnations) going head to head with 16 classic E.T.s.

Admit it, you've always wanted to see Dracula take on Nosferatu, or the Arachnids of Klendathu from "Starship Troopers" duke it out with the Pod People from "Invasion of the Body Snatchers." Keanu Reeves as Klaatu in the remake of "The Day the Earth Stood Still" versus David Bowie as "The Man Who Fell to Earth"? It's an intergenerational intergalactic dude-off. And how would the Killer Bunny from "Monty Python and the Holy Grail" place?

The action is fierce, it's relentless, it's completely imaginary, but there are still a few stunning upsets on the way to a final grudge match in which - wait for it - the Mama Alien from "Aliens" emerges victorious against the mutant dino-fish from Korea's "The Host." Good thing this March Madness doesn't really exist - we would have lost our shirts betting on Superman. 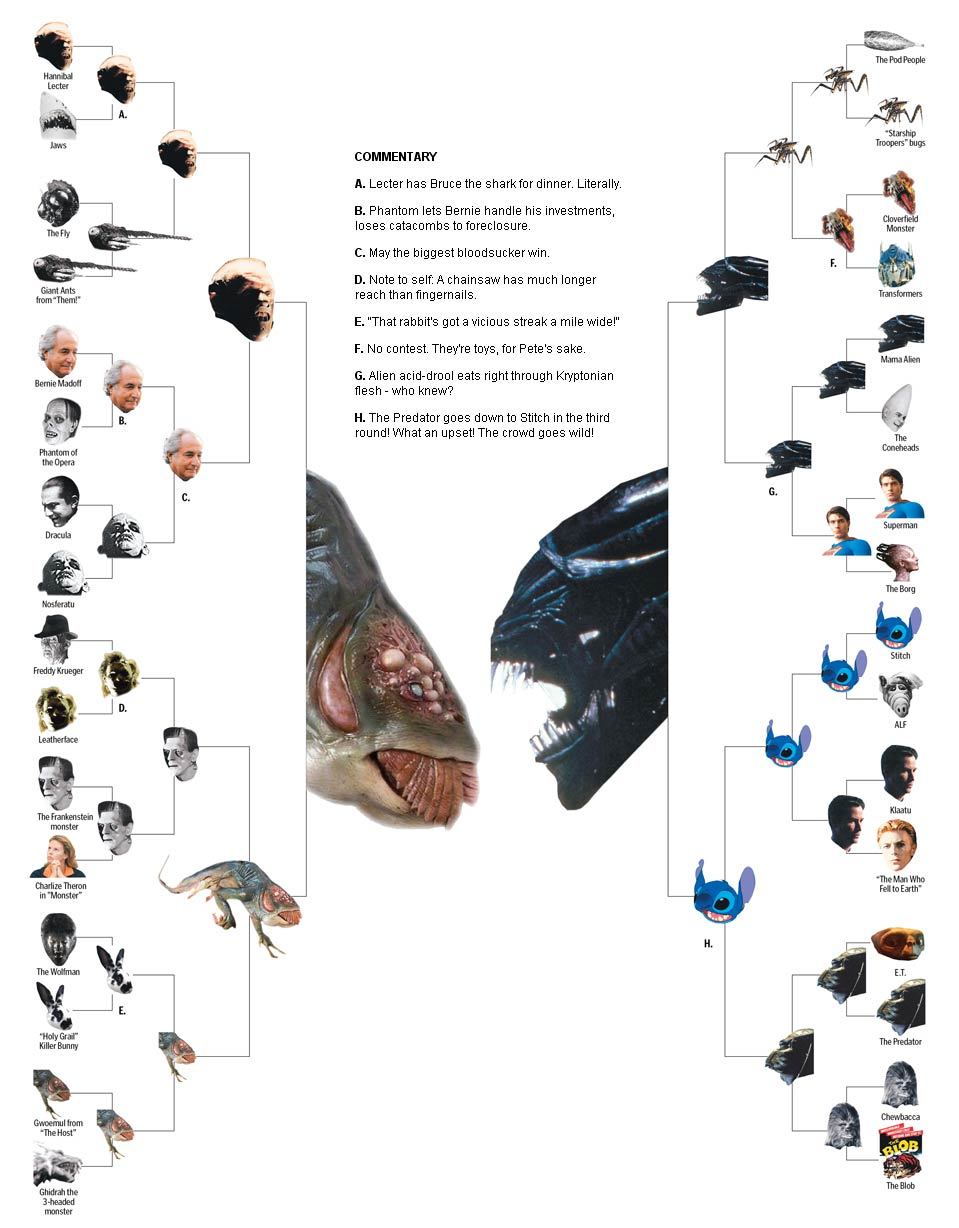