I Knew It Was You

An affecting 40-minute documentary about the actor John Cazale. (Who? Fredo in "The Godfather," Al Pacino's partner in "Dog Day Afternoon" - that's who.) Cazale appeared in only five films, but all five were nominated for the Oscar for best picture; he died of lung cancer in 1978 at the age of 43. Richard Shephard's bio-doc pays tribute to an excellent actor and mysterious screen presence, with reminiscences from Pacino, Robert De Niro, Francis Ford Coppola, and then-girlfriend Meryl Streep, who nursed Cazale in his final days. The movie's part of the festival's documentary shorts program and well worth seeking out. 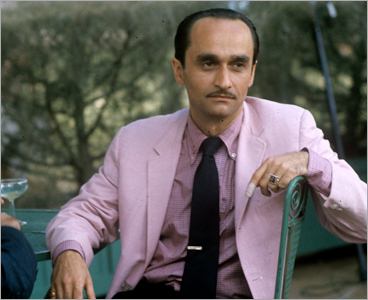