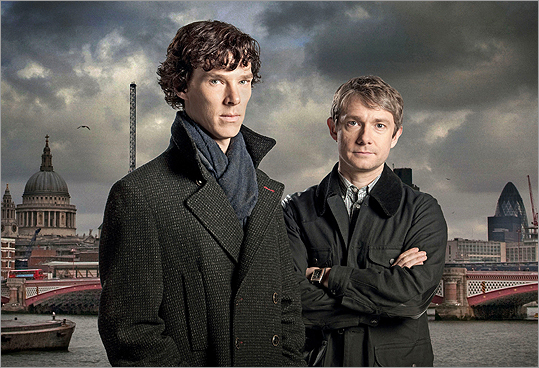 Hartswood Films/BBC
To PBS viewers, Jeremy Brett is the defining Sherlock Holmes. To older movie fans, it’s Basil Rathbone. Brett and Rathbone are two among dozens of actors who’ve played A. Conan Doyle’s deerstalker-wearing detective. Some of the others might surprise you.

So test your knowledge of Holmes on screen. One actor on each of the following slides played him, the other did not. Who did - and who didn't?-- Mark Feeney, Globe Staff

Pictured: Benedict Cumberbatch and Martin Freeman in "Sherlock," which begins Oct. 24 on PBS.