Celebrities at the Cannes Film Festival

The 62d annual Cannes Film Festival ran through May 24 this year and showcased 20 films as they competed for the top award, the Palme d'Or (Golden Palm).

Actors — and partners — Brad Pitt and Angelina Jolie made an appearance at the May 20 screening of the movie "Inglourious Basterds" at the Palais Des Festivals. Pitt stars in the film. 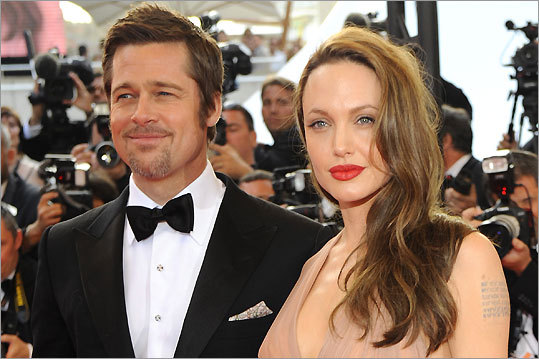