‘Follow Me’ recalls the man who led the raid on Entebbe 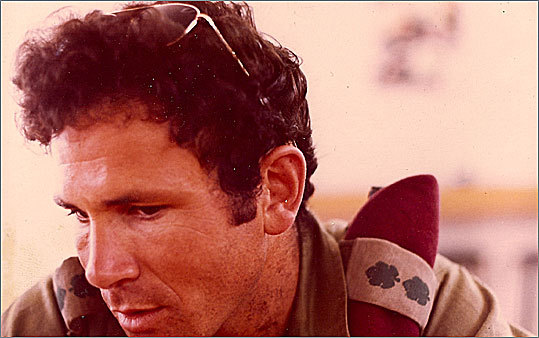 Two blockbuster TV movies, “Raid on Entebbe” and “Victory at Entebbe,” present factual accounts of the daring mission by the Israeli army to rescue 103 Jewish and Israeli hostages on an Air France jet hijacked by the Palestine Liberation Organization and held at the Entebbe, Uganda, airport. The only Israeli casualty in the dramatic rescue on July 4, 1976, was Colonel Yonatan “Yoni” Netanyahu, 30, who led the mission.

If Netanyahu has faded from public consciousness outside of Israel in the years since, the documentary “Follow Me: The Yoni Netanyahu Story” should rectify that. His brother, Prime Minister Benjamin Netanyahu, is one of the documentary’s many erudite commentators who, along with the rich archival footage, recount Yoni’s childhood in Israel, his years at Harvard, his marriage to Tirza “Tutti” Goodman, and his return to Israel, even though the rest of his family at the time was living in Philadelphia. In the army, Netanyahu quickly distinguished himself and proved a dynamic, respected leader during 1973’s Yom Kippur War.

Jonathan Gruber and Ari Daniel Pinchot have assembled a straightforward documentary that uses Yoni’s own words — in the form of his moving, eloquent letters and poems — to create a searing portrait of his short but meaningful life.

Loren King can be reached at loren.king@
comcast.net.