Bay State a bit out of focus 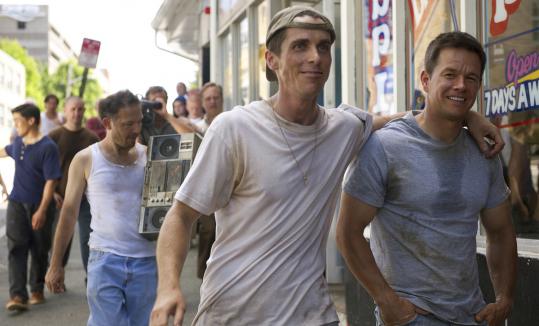 One year ago, as Oscar night arrived with numerous Boston-accented films vying for awards, many were hailing 2010 as a watershed year for moviemaking in the Bay State. Two of the 10 nominees for best picture - “The Social Network’’ and “The Fighter’’ - were born and raised in Massachusetts, and 16 total nominations could be linked to the state in some way.

Fast forward to tonight’s 84th Academy Awards show and you find few Oscar nominees that can even be linked to Massachusetts, save actors who are native or adopted New Englanders, including best actress nominees Viola Davis and Glenn Close, and best supporting actress nominee Janet McTeer. While some think the 2012 Oscar dearth is a bad omen and others insist the state’s film industry has never been better, it appears the truth lies somewhere in the middle.

As omens go, the events of 2010 and 2011 were a very mixed bag. Before Oscar nominations were announced, the state’s film head Nick Paleologos saw his office arguably marginalized when it was merged with the new Massachusetts Marketing Partnership, and Paleologos was shown the door. The streamlined Massachusetts Film Office was then taken over by Lisa Strout, a Massachusetts native who had most recently led the state film office in New Mexico.

By spring 2011, legislators were bumping heads with Governor Deval Patrick’s administration over the effectiveness of the state’s film tax credit program. In 2010, about $15 million in state tax credits were granted to 83 productions, including features, commercials, and television series - an 82 percent drop from the $83 million in credits granted in 2009. And in December of last year, just weeks after a Florida man was sentenced to prison for scamming and crippling Plymouth Rock Studios, the great hope of the Massachusetts film industry, another man, Cape Cod filmmaker Daniel Adams, was indicted for defrauding the tax credit program of $4.7 million by inflating his costs to get the credit. Today the state still lacks a big-time soundstage that offers up to 50,000 square feet to film on.

For all the negatives, some Massachusetts film industry insiders, including union leaders, directors, and academics, say 2012 is already playing out as a decent year in movie production.

The state’s film crew infrastructure has grown exponentially. Six feature films are planned, though Strout declined to give details of those pictures, “because they’re still in negotiation,’’ she said. “I can tell you . . . they’re a wide variety in terms of budget and genre, including comedy, drama, and action.’’

Besides movies, some see a potential to bring filmmaking dollars to the state in the form of television series, which tend to draw from established, local work pools. A first step toward securing some of those dollars is the pilot for “Gilded Lillys,’’ a proposed new ABC drama series by “Grey’s Anatomy’’ creator Shonda Rhimes. “Gilded Lillys’’ will be the first pilot shot in Boston since the police drama “Boston’s Finest,’’ in 2010, which did not get picked up as a series. The last TV series to be filmed primarily in Massachusetts was “Spencer for Hire,’’ from 1985 to 1989.

Strout confirmed in a recent interview that Massachusetts is being considered for up to four more pilots this year. None were made in the state last year. In recent trips to Hollywood to meet with studio bosses, she says, she has pitched Massachusetts as “TV Land.’’

“It’s something I want to focus more on, because series translate to long-term work,’’ Strout says. “It’s not to take anything away from feature films. We’d like as many of those as we can get, too. But TV series represent a different kind of work and a different duration. . . . A TV series is a long run, generally nine months out of the year. Then it takes a hiatus, and if it’s lucky enough to get picked up for a second or third season, they come back and shoot for nine months all over again. That’s a lot of consistent work for a lot of people, long-term.’’

As for infrastructure, Chris O’Donnell, business manager of IATSE Local 481, the union that represents film production workers in Massachusetts, says that since the state enacted the 25 percent film tax credit in 2006, full-time crew - film workers who live and work virtually year-round here - has ballooned from 350 to more than 900.

Still, while increases in TV opportunities and infrastructure are encouraging, growth will remain limited until the region offers a place to film year round and compels out-of-state production companies to hire more locals, says Paul Schneider, a member of the Directors Guild of America and chairman of the Boston University School of Communication’s Film & Television Department.

“We really are headed in the right direction,’’ Schneider says. “From what I’m hearing it’s going to be a bounce-back year for Massachusetts. . . . But the reality is this is not Southern California or Louisiana. If for no other reason than climate, we have to have sound stages to shoot on. . . . We don’t just need one, we need at least two large ones. And we need them in prominent locations, like near the convention center.’’

Liz LeDoux, a communications and film professor at Bentley College in Waltham, agrees that sound stages - and production houses - are a must for the long-term financial health of the state’s film industry. LeDoux, a transplanted New Yorker who has lived in Massachusetts for seven years, says the dearth of sound stages and production houses has so hampered her academic film work that she has had to turn to New York for help.

“I had footage for a class that needed production work,’’ LeDoux says. “It was faster for me to send it to New York.

As for the tax credit controversy, LeDoux says the only way to fix the system is to require local hiring as part of the credit. As it’s currently structured, out-of-state filmmakers can get the 25 percent credit and still bring out-of-state crews to Massachusetts to work on their films. Further, a Globe analysis last year found that more than 96 percent of film projects that received the tax credit did not use them all and sold the excess to a variety of wealthy individuals and corporations who then legally used the credits to lower their taxes.

“When those [tax credit] sales happen, that money is not going back into the Massachusetts economy or into the pockets of local film production workers,’’ LeDoux says. “Those corporations are taking it back to wherever they’re headquartered. . . . That 25 percent tax credit is for payroll and production costs, neither of which helps Massachusetts if filmmakers are bringing their crews in from other states and sending their film to other states for post-production and editing work.’’

O’Donnell, the IATSE business manager, cautions against putting technical matters before workers as the state tries to advance its film industry status, because “the first time a major film project attempts to film in a state and can’t because that state doesn’t have the local people to support the project, they won’t come back to film there again,’’ he says. “It’s a logistical nightmare for them. And that’s the case even if they do bring crew in from out of state. They need local infrastructure.