Pursuit of perfection pays off 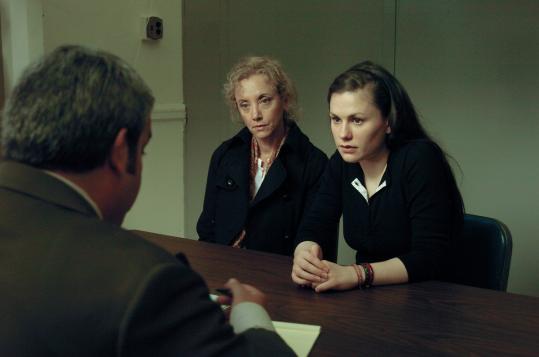 His first movie, “You Can Count on Me,’’ was released during the Clinton administration. His second, “Margaret,’’ started shooting in Manhattan in 2005 during George W. Bush’s second term. But, for a variety of reasons that turned one of the film’s biggest financers litigious (he and Fox Searchlight settled), “Margaret’’ wasn’t ready for release until now. According to a 2009 report in the Los Angeles Times, Lonergan was given final cut but never arrived at one he liked, not even with the advice and assistance of Martin Scorsese and Scorsese’s longtime, legendary editor, Thelma Schoonmaker.

During these six years, two of the film’s producers, Sydney Pollack and Anthony Minghella, died, and several of its actors, namely Anna Paquin, became even more famous. Who knows what movie Lonergan was searching for in all that footage? But what emerges from the tinkering and legal skirmishes is an occasional marvel, a kind of everyday highbrow social X-ray, Paul Mazursky by way of Krzysztof Kieslowski.

Lonergan’s central character is a privileged 17-year-old named Lisa (Paquin) who has an intellectual understanding that the world doesn’t revolve around her. Still, news of other planets, other universes, the pain of others shocks her. It’s one of the truer movies I’ve seen about the consequences of the difference between being youthful and being young.

Lisa has a comfortable, relatively normal Upper East Side teenage life whose routine she struggles to maintain after she causes a bus accident that kills a pedestrian. She continues to explore and exploit her sexuality - with her fellow students (including one played by Kieran Culkin) and a teacher (Matt Damon) - and squabble with her mother (J. Smith-Cameron, Lonergan’s wife), an actress starring in a hit play. But the bus accident and her hasty decision to fib on the police report gnaw at her until she finds herself at the doorstep of the bus driver (Mark Ruffalo) and frequently in the company of the dead woman’s best friend (Jeannie Berlin, superb). Together, they pursue legal action. The scenes that aren’t devoted to Lisa are spent with the mother, Joan, who has just started dating a Colombian businessman (Jean Reno).

You can feel in “Margaret’’ what might have vexed Lonergan. He’s going for a low-key version of the social-moral dilemmas that brought out the best in men like Flaubert and Chekhov and Bellow. His principle struggle probably involved tone. How would he keep his ideas about society, family, connection, and art coherent? How could he make a timeless movie that, even for 2005, is also a modern one (a multiplex marquee advertises “Flight Plan’’ and “Roll Bounce’’)?

The scenes have a weird rhythm all their own. One batch of shots spans days and goes from Lisa at a party to a rather shrewdly composed, searingly acted argument between her and Joan, first about whether Lisa likes the opera then about the sort of thing that warring mothers and daughters fight about best: each other. Too many scenes end just as they seem to have heated up. But Hina Abdullah and Olivia Thirlby are very good as two of the classmates who argue against Lisa in combative classroom debates around 9/11, Israel, Arabs, and American nationalism.

Lonergan, who casts himself as Lisa’s lukewarm father, a screenwriter, possesses a rare talent for elevating an embarrassing sequence into sadness or tragedy. That bus accident, which happens in the first half-hour, is a moving example. It makes no sense that it begins the way it does, with Lisa chasing a bus whose driver blithely won’t stop. But the chase produces a pieta scene, with Lisa cradling the dying woman, who’s full of New York spunk until the spunk departs. It’s magnificent theatrical directing. The artifice falls away and the illusion of reality squeezes your heart. The best scenes in the movie are like this - visceral, raw, seemingly real, and ferociously acted. Lonergan lets you see the way Lisa’s parents’ occupational vanity has coded their daughter’s genes. She’s an almost pathological performer - other people’s lives are her stage.

Lonergan’s years of apprehension are understandable: How do you bring this movie into the marketplace? With Malick, you can see where the time went: war sequences, dinosaurs, the dawn of time. With Lonergan, you feel it. He makes art of predicament. This movie doesn’t always cohere, but there’s something beautiful and compelling about his attempt to realize a humane vision of complex, vividly imperfect, sometimes aggravating people, to build a movie that turns out to be based on a Gerard Manley Hopkins poem with the opening line “Margaret, are you grieving.’’

It shouldn’t be considered an act of bravery for a filmmaker to present characters as flawed as Lisa and Joan - or for actors to pour into the roles as much of themselves as Paquin and Smith-Cameron do. But long ago American movies bought into the idea that imperfection equates badness or villainy. We know better. We have warts, and we deserve to see them.