Life in a Day

From trivial to beautiful in ‘Life’ 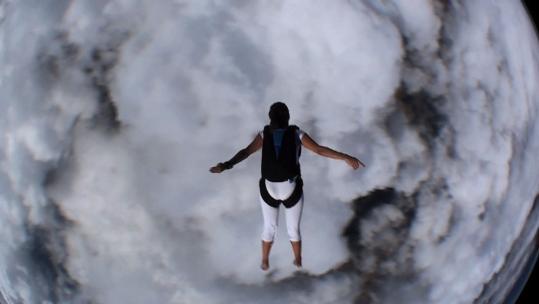 The documentary “Life in a Day’’ focuses its lens on a wide-ranging view of people’s lives. (National Geographic)
By Tom Russo Globe Correspondent / August 5, 2011

What would happen if you invited the entire planet to pull out their video cameras, cellphones, or other tech toys of choice and simultaneously grab footage to post on YouTube? Would you get a broadly representational portrait of cultural routines, disparities, and commonalities in the post-millennial world? Or would the picture feel skewed, weighted toward a socially networked global community increasingly able to indulge an all-about-me ethos? The answers lie in “Life in a Day,’’ an ambitiously experimental, “user-generated’’ documentary shot on July 24 of last year, and spearheaded by director Kevin Macdonald (“The Last King of Scotland’’).

Macdonald knows plenty about crafting something evocative from unscripted material. His previous documentaries include the Oscar-winning “One Day in September,’’ about the 1972 Munich Olympics, and the unforgettable mountain-climbing survival story “Touching the Void.’’ In this case, though, his production team’s task involved sifting through 80,000 video clips - 4,500 hours of material - to sculpt a manageable narrative.

Going in, the team attempted to steer the content with only the lightest of touches, suggesting contributors could share their loves or their fears or the contents of their pockets. Segments of the film are earmarked for such themes, but just as often, Macdonald and his editor opt for channel-surfing randomness. They’ll toggle between, say, an extended, poignant scene of an Asian man tending to his young son in their chaotic apartment, and rapid-fire shots of people making their morning visit to the bathroom. The imagery is fascinating and dizzying by turns.

Give Macdonald and crew credit for picking out good, clear, telling contrasts, and not sweating potential heavy-handedness. When one smug contributor pulls a set of Lamborghini keys from his pocket, the film gives him his moment - and then moves on to ragged-looking Third Worlders amusedly scoffing at the idea that they’d have anything in their pockets. An American (or Westerner, at any rate) quietly worries about losing his hair, while an older Afghan man quietly worries about getting through the day alive. (The movie generally doesn’t specify its settings; we’re often left struggling, probably intentionally, to pinpoint locations, adding some geographically challenged embarrassment to Americans’ standard-of-living guilt.)

The look of all this is frequently much more lush than you’d expect from YouTube fare, partly thanks to the world’s wonders and exotica, and partly because some contributors have clearly brought in ringers to help with the filming. Tracking shot footage of a woman skydiving is breathtaking, but hardly plays as slice-of-life. There’s a different, more relatable sense of the unexpected in raw video from a parade in Duisburg, Germany, that tragically ended with 21 people crushed to death.

Macdonald wraps the wide-ranging survey with an upload from a girl lamenting the uneventfulness of her day. “I want people to know that I’m here,’’ she says. It’s included as a bit of contemporary existentialism. But it’s also the sort of self-involved noise that cumulatively can drown out other things going on in the world, and the film.

LIFE IN A DAY

Directed by: Kevin Macdonald (and hundreds of others)