Evangelion 2.0: You Can (Not) Advance 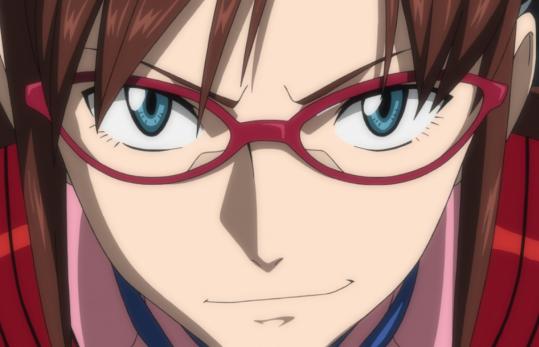 In the future — or, at least, in the apocalyptic, anime version witnessed in “Evangelion 2.0: You Can (Not) Advance’’ — a paramilitary organization called Nerv protects its home turf, Tokyo-3, from glowing, bowling-ball-like spaceships and nasty, ginormous robots. Nerv must stave off the “Third Impact.’’

In case you missed it, a couple billion years ago, in the First Impact, an asteroid collision sheared the Moon from Earth. The Second Impact, so goes the story, happened on Sept. 13, 2000: An experiment-gone-awry explosion in Antarctica shifted Earth’s axis, caused massive floods, polluted the oceans, and killed 2 billion people. Oops. We don’t want a Third Impact.

These Angel robots ought to be called Devils, but in this techno-religious anime mash-up, Christian references are played fast and loose. There’s talk of Lilith and the Key of Nebuchadnezzar, and scenes of Mission Control guys excited about linking “the spirit with the divine’’ and “Human Instrumentality’’ through robotics, “even if it means opposing God’s Logos.’’ (That’s Logos, not Legos.)

The director, Hideaki Anno, fills his visually busy — OK, exhausting — vision with blood-red seas and cities that close up at night like flowers. His aesthetic also includes upskirt views of his female protagonists. Add to this an odd undercurrent of racial tension: At one point, the big blue-eyed, blond-haired Asuka barks at her colleague, “Stupid Japanese, apologizing all the time!’’

A box-office smash when it came out in Japan, “2.0: You Can (Not) Advance’’ will probably please those who ate up the hugely profitable TV series upon which it was based, “Neon Genesis Evangelion.’’ These fanboys and fangirls will eagerly await “Evangelion 3.0’’ and “4.0.’’

But the uninitiated probably can’t advance beyond plot gobbledygook such as “Enact Task 03 with Priority on Unit 00 launch!’’ Like a surly teen pilot, you, too, might find yourself bored and muttering, “Honestly, maybe the fate of humanity and the world isn’t important to me, either.’’

EVANGELION 2.0: YOU CAN (NOT) ADVANCE Directed by: Hideaki Anno