With Pete Postlethwaite, it was personal 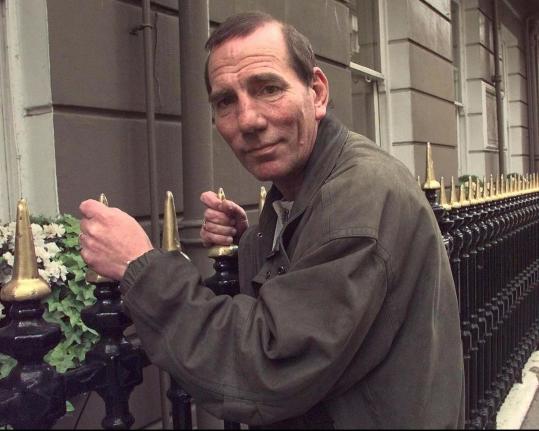 Pete Postlethwaite, pictured in London in 1997, is best known for his roles in “The Usual Suspects’’ and “In the Name of the Father.’’ (Lynne Sladky/Associated Press)
By Ty Burr Globe Staff / January 9, 2011

By dint of physiognomy — that gaunt frame; the Adam’s apple like a raw fist; big, sad eyes that had seen things you were glad you hadn’t — Pete Postlethwaite was a valued character actor. And like all the greats of his tribe, from Peter Lorre to Steve Buscemi, you could argue that he was ill-served by the film industry. Postlethwaite was too funny-looking for lead roles yet possessed of a grave, unpredictable energy that the movies know they need if the leads are to be taken at all seriously. He was a reality principle and, in his most striking early appearances, he was threat personified. Even at his quietest, you sensed the violence held at bay.

Postlethwaite died last Sunday at 64, after a battle with cancer — it seemed from his long, stricken face that he was always battling an inner ravaging. He brought poise, wit, finesse, and grounding to movies like “The Usual Suspects’’ (1995) — he played Keyser Soze’s mysterious factotum Kobayashi, half Asian, half something weird and mean and Celtic — and many more. He enlivened sequels like 1997’s “The Lost World: Jurassic Park,’’ in which his best scene, a fight in a diner, was cut from the theatrical release. As Friar Laurence in “Romeo+Juliet’’ (1996), he was the only one to bother with iambic pentameter. Like all good character actors, Postlethwaite also popped up in odd corners of the culture: That’s his voice at the beginning of Chumbawamba’s massive 1997 hit “Tubthumping,’’ a snippet of a monologue from the working-class British comedy “Brassed Off’’ (1996). “Truth is,’’ his character says, “I thought it mattered. I thought that music mattered. But does it, bollocks! Not compared to how people matter.’’ That hard-won democratic urge found its way into each of his roles.

It seems to have been personal. A working-class Brit — his dad a milkman in the mornings and a carpenter in the afternoons — Postlethwaite had to fight his way out of his own family to become an actor, and his film and TV career came after years of teaching and stage work at Liverpool’s Everyman Theatre. The movie role that brought him to attention was the hero’s father in Terence Davies’s 1988 “Distant Voices, Still Lives.’’ The film’s opening sequence still astonishes, moving as it does from a stone-faced family in 1950s England mourning their dead patriarch to a flashback to Postlethwaite’s Da in all his remembered savagery, taking a broomstick to his wife as she scrubs the floor. Davies, working close to his own youth, channeled the rage of his father into rage at his father, and the actor understood there could be no holding back. The performance is terrifying, monstrous, and full of sorrow for a man who could express none himself.

The actor came to greater fame — and received his only notice from the Academy, a best supporting actor nomination — as another patriarch, Daniel Day-Lewis’s sacrificial lamb of a dad in “In the Name of the Father.’’ Finally audiences and the film industry began to take notice of the man’s range, as Postlethwaite’s Giuseppe Conlon in “Name’’ is as complex and considered as the earlier role was plain fury. Other than in a handful of British made-for-TV movies and a 2000 BBC miniseries, “The Sins,’’ though, he never had a lead role, but he used his stature to fight global poverty, lent his support to the 2009 global warming documentary “The Age of Stupid,’’ and went out in style with two 2010 films that guarantee him a spot in our generational memories.

The first is the father — again — of Cillian Murphy’s dreams in “Inception,’’ dying by degrees and either withholding his love or asking for forgiveness, depending upon how deep into the dream you want to go. In fact, Postlethwaite is the ultimate hinge upon which the movie’s emotional journey swings, and his ragged face and voice are used to convey both unyielding coldness and the heart that finally thaws before it stops beating.

In Ben Affleck’s “The Town,’’ he’s simply the note of authenticity the movie needs: A diffident immigrant Charlestown florist who, once you get past the roses and posies, is the neighborhood’s vicious crime kingpin. Postlethwaite got us to believe both sides of Fergie Colm, and when the character was gunned down, you felt something rude and real leave the theater. Likewise, a rare and real one has left the movies for good.