Documentaries turn the lens on art

MFA film series is free of biopics, full of distinction 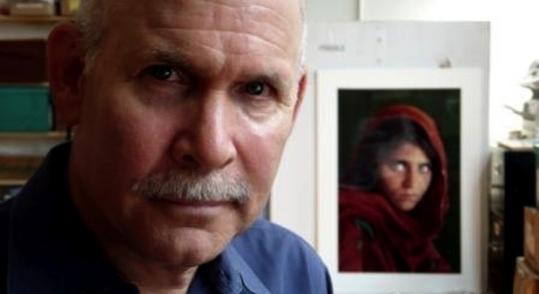 Artist biopics are by now a genre unto themselves, one that leads from “The Agony and the Ecstasy’’ (Charlton Heston as Michelangelo) through to “Basquiat,’’ “Pollock,’’ “Surviving Picasso,’’ and “I Shot Andy Warhol.’’ But it is, for the most part, a genre of embarrassments, as filmmakers in love with the romance of creativity and hungry for scandal, temper tantrums, and full-fledged mental breakdown succumb to predictable forms of kitsch.

So it’s nice to see that the Museum of Fine Arts has resisted temptation and steered clear of the biopic in its Art on Film series, which will screen between Wednesday and Jan. 14. Instead, it has selected three highly distinctive documentaries.

The first, “Views on Vermeer: 12 Short Stories’’ (opening Wednesday) by Hans Pool and Koos de Wilt, takes an unexpectedly cubist approach to the beloved Dutch painter. Instead of constructing a single narrative arc, Pool and de Wilt have broken the film into 12 fragments that relate only incidentally to one another.

Filming mostly in New York (the city is home to roughly one third of the world’s extant Vermeer paintings) but also in Washington, D.C.; Holland; France; and the UK, they have asked an impressive bunch of artists, photographers, art historians, and writers for their various takes on Vermeer.

The lineup of talking heads is impressive: Walter Liedtke of the Metropolitan Museum in New York and Arthur Wheelock of the National Gallery in Washington are two of the world’s preeminent experts in 17th-century Dutch art. Tom Hunter, Joel Meyerowitz, Erwin Olaf, Steve McCurry, and Philip-Lorca diCorcia are all photographers with a feeling for staginess and effects of light that, in different ways, recall Vermeer. And Tracy Chevalier (“Girl With a Pearl Earring’’) and Lawrence Weschler (“Vermeer in Bosnia’’) have both written books that tap into our contemporary fascination with the Dutchman.

The absence of conjecture about Vermeer’s sparsely documented and by all accounts rather uneventful life is refreshing. But there are times when the fragmentary approach interrupts the film’s momentum and — much like one of Vermeer’s models, perhaps — one finds oneself drifting off, hoping vaguely for something more entertaining to come along.

The more urgent, insightful, and inherently dramatic of the three films is “A Walk Into the Sea: Danny Williams and the Warhol Factory’’ (opening Wednesday), a 78-minute documentary about filmmaker, lighting innovator, and Factory habitué Danny Williams, produced and directed by his niece Esther Robinson.

Williams, who was for a time Warhol’s lover, went missing in 1966, and was presumed dead by drowning. Inspired in part by the recent discovery of 20 experimental films Williams made before his death, Robinson has made an unusually captivating documentary about his final years, the mystery of his disappearance, and — not incidentally — Warhol’s Factory.

Williams was in many ways an odd man out on the Factory scene. Evidently a favorite of Warhol’s, he seems to have been smart, sensitive, unassuming, and talented. A fatal concoction, perhaps, in a scene so riven by jealousy and narcissism.

What’s fascinating about the interviews with former Factory denizens and with Williams’s surviving family is typical, in some ways, of suicides or mysterious deaths: We get a heartbreaking sense of all the false assumptions, the belated insights, and the damning lacunae that taint their understanding of the departed one.

But deepening our interest in this particular case is what we learn about the cynicism and toxic atmosphere of the Factory scene. It emerges from many of the people who were right at the center of things — among them John Cale, of the Velvet Underground, and Warhol’s right-hand man Paul Morrissey, who, under questioning, comes across as evasive and creepy. No less chilling, it has to be said, is Williams’s mother, whose adamantine self-assurance might easily have crushed a sensitive type such as Williams.

The snippets we see of Williams’s films bolster the argument that he was one of the more talented Factory insiders. But of course, this only aggravates our sense of injustice and wasted potential.

The third film, “Typeface’’ (opening Friday) by Justine Nagan, gets points for novelty. It’s a one-hour documentary that, in unhurried fashion, explores an obscure Midwestern museum dedicated to preserving old-fashioned wood type. The Hamilton Wood Type and Printing Museum in Two Rivers, Wisc., which has just one full-time employee, is also a print shop. It’s eagerly frequented by graphic design students and artists wanting to get a hands-on feel for the non-digital pleasures of arranging typeface and putting paper through printing presses.

The museum’s director, Greg Corrigan, is a modest, good-humored man with a gentle, lightly ironic demeanor and a real passion for the history he’s bent on preserving.

“Hamilton,’’ he notes, “commercially produced wood type all the way until 1985.’’ At which point his face breaks into an endearingly sly smile, and he adds: “It coincides with the introduction of the Macintosh computer.’’

The film exudes exactly this kind of slow-paced charm. Unlike many documentary films, which bristle with an inner conviction that they absolutely had to be made, “Typeface’’ feels like a film that was lucky to get made. Its good fortune in turn becomes ours, as we meet Hamilton’s aging type trimmers (“I’m good at what I do because I’m the last one,’’ says retired pantograph operator Norb Brylski), as well as graphic design students and artists who treasure the museum.

For more information on the Art on Film series at the MFA, see www.mfa.org/programs/series/art-film-0.