'Black Swan' actress has been intriguing all along 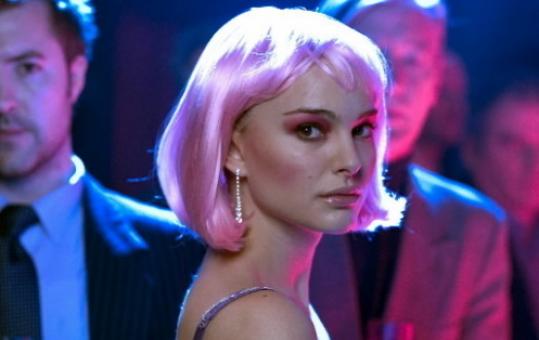 Praising actors for fearlessness is like loving athletes for being athletic. But for any number of reasons — insecurity, laziness, lack of imagination, lack of talent, bad material, a bad agent, stupid-old marketplace demands — bravery is no longer an understood part of an actor’s job description. It’s noteworthy. And maybe because we so rarely experience true fearlessness at the movies our appreciation of it is overly refined. It’s now too synonymous with bizarre. Original actors like Isabelle Huppert, Jodie Foster, Glenn Close, Jennifer Jason Leigh, Nicolas Cage, and just about anybody performing in South Korean movies have so redefined our understanding of indifference that an actor now really has to freak us out.

Natalie Portman must be part South Korean. She’s managed better than most actors in her peer group (she’s 29) to do bold without our really noticing. This is true even as long as those three times she played a mannequin for George Lucas remain on her filmography. But Darren Aronofsky’s “Black Swan,’’ which opens Friday, is Portman at a new outer limit, playing a ballerina with problems — for one thing, the beauty might be turning into an actual beast.

Portman has consistently exploited her unusual doll-like loveliness and the public’s attraction to it. At first, it looked like the movies were taking advantage. She got a lot of attention in 1996 for flirting with Timothy Hutton in “Beautiful Girls.’’ He was a grown man. She was a girl on ice skates. But intelligence, skill, and good taste have kept her from turning into Jessica Alba or Jessica Biel. Whether she works with the Israeli director Amos Gitai (“Free Zone’’), shows up bald to movie premieres (while shooting “V for Vendetta), or turns into a monster, Portman is perfectly at home freaking us out. Her career is still young. Here are five highlights.

THE PROFESSIONAL (1994): Luc Besson made an action-thriller (it’s called “Léon’’ now) about a hit man (Jean Reno) and a little girl. But in the movie’s best non-action scene, Portman dresses up like Marilyn Monroe, Charlie Chaplin, and Gene Kelly and makes a weary Reno guess the impersonation. Her Monroe sets off your creep alarm (there’s a lot of lingerie). But even at age 12, Portman was thinking about how to use personality to subvert and entertain. She takes Besson’s leering and has fun with it.

ANYWHERE BUT HERE (1999): A “momma was a rolling stone’’ drama, directed by Wayne Wang, with Susan Sarandon dragging Portman across the country. This is still one of the most complex portrait’s of adolescence in an American movie. Portman is the serious daughter. She resents her mother’s sexuality and extroversion but finds herself secretly thrilled at the power they have over boys. She doesn’t out-act Sarandon, who hasn’t been as ferociously charismatic since. She just outthinks her. In one amazing scene, she tries to seduce a young neighbor, then berates him for succumbing to her. That might be the secret trap door of Portman’s success.

CLOSER (2004): Portman has the toughest role in Mike Nichols’s four-person relationship drama. She plays a psychologically overdressed stripper, and it’s hard to do excellent acting wrapped around a pole or simulating a lap dance, but Portman does. She has a good, long scene with Clive Owen in a private carrel at a sex parlor. They’ve both just been dumped, and he’s come to commiserate, which she refuses to do. She, instead, Scotch-tapes a smile over her ripped heart. Portman combines trashy cunning and that baby-doll innocence until a young woman emerges from the cliché. Eventually, Owen just wants to know her real name, and Nichols and Portman make that seem like the most erotic thing a man can know about a woman.

NATALIE’S RAP (2006): Justin Timberlake and Andy Samberg’s two R-&-wanna-B “Saturday Night Live’’ digital shorts were the most viral. But Portman’s remains the most OMG. Again, she plays on what we’d expect from a nice, Harvard- educated Jewish girl. You anticipate dainty; she gives you ferocious. The song is, in part, a filthy reaction to her culturally sanitary image. Most of the enormous comedy comes from that conflict — from the fact that none of the lyrics are printable, and you didn’t know Portman has those lyrics in her. You don’t expect a woman with a pixie cut to rap like a pitbull. But first she barks, then she bites.

HOTEL CHEVALIER (2007): Wes Anderson’s uncharacteristically mature short was released along with his “The Darjeeling Limited,’’ and features Portman and one of that movie’s three brothers (Jason Schwartzman) luxuriating in a Paris suite. She stalks him to France, and it’s a delicious-looking encounter, where the sex doesn’t seem like a put-on, and the sharp breakup talk between them seems truer than anything in the feature. Portman’s haircut is Jean Seberg’s, and her demeanor is pure screen goddess.