A woman for an era when our stars were relatable

Jill Clayburgh personified the drama of the everyday 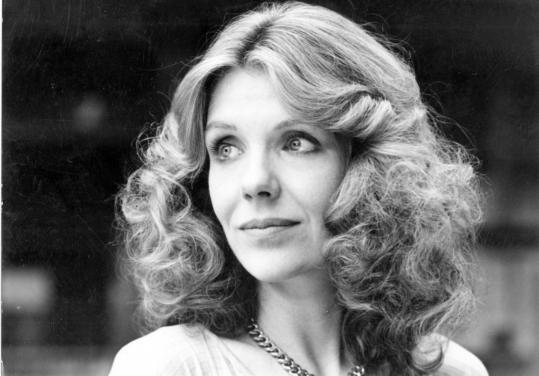 When I think of Jill Clayburgh, I picture her vomiting.

Wait, let me rephrase that. I think of the celebrated scene in the 1978 movie “An Unmarried Woman’’ when the husband (Michael Murphy) of Clayburgh’s character, Erica, tells her their marriage is over and she rushes to a street-corner trash can and discreetly upchucks. (That’s right, he breaks the news in public.) Director Paul Mazursky could have turned it into a comic spew or merely a stricken look, but he didn’t. In keeping with Clayburgh’s finely drawn mouseburger realism, Erica’s puke becomes a messy, almost-contained spilling over of all the anxiety we carry with us every day, an anxiety that’s finally realized and has nowhere else to go but up and out.

The indignity of it all, an indignity made worse by the husband breaking down in tears — he’s in love with another woman and he’s miserable because Erica doesn’t deserve a wretch like him, he’s so sorry — and thus denying the wife the deserved melodrama of her own tantrum. Men: Always the victim, even of their own sins, a point another movie and another actress might have ruthlessly hammered home but that Clayburgh and “An Unmarried Woman’’ just let go. His pain is no longer hers. It’s that simple and, ultimately, that liberating.

Another actress would probably have played the rage. This actress played the confusion — the complete disorientation of self as Erica’s lovely little Manhattan life becomes unmoored with one sentence of dismissal. The vomit is what makes it real, unpretty, relatable in the truest and least glamorous sense. I doubt a remake would include it.

Clayburgh died last weekend after a 21-year battle with leukemia. She was 66, far from old but having passed from the cultural scene many years ago. She appeared in only four movies after the turn of the millennium, doing most of her work in character appearances for TV — Ally McBeal’s mom for five episodes, a power-broker’s wife in ABC’s “Dirty Sexy Money.’’ To see her pop up in a film like 2006’s “Running With Scissors’’ was a pleasant reminder that she still walked among us and a minor shock that she had aged and that her delicate normality no longer had currency. (Her final screen appearance is in the upcoming “Love and Other Drugs,’’ as Jake Gyllenhaal’s mother.)

In the 1970s, by contrast, Clayburgh was exactly what we wanted to see when we looked for women in the movies. So were her cinematic sisters: Sally Field, Ellen Burstyn, Diane Keaton, Sissy Spacek, Marsha Mason, Glenda Jackson — all reasonably lovely women you could have passed on the street without thinking them out of the ordinary. None of them ingénues, each of them with the careworn stamp of living in an actual world, with actual men in it. Jane Fonda played at being that kind of woman and won Oscars for it, but her royal Hollywood bloodline always showed. The young Meryl Streep was too noble, too martyred, and too beholden to accents and art to play that sort of stressed modern woman. Clayburgh, I think, was that woman’s truest representative at the feast; in her wavering blue eyes and a nose that always seemed two sneezes away from a cold, she was the democratic revolution in movie stardom at last extended to women.

The men, you may recall, had their own revolution in the late 1960s, Dustin Hoffman leading the charge for the new menschlichkeit who overthrew the studs of the classic studio era. Behind him followed a lot of short, dark, and unhandsome — the Elliott Goulds and Alan Arkins — and wild cards like Jack Nicholson, who rose from B-movie weirdo to the constantly firing nerve center of the New Hollywood. Actresses had to wait a while before they were allowed to back away from prettiness into believability, with Ellen Burstyn breaking ground in 1971’s “The Last Picture Show’’ and 1974’s “Alice Doesn’t Live Here Anymore’’ and Gena Rowlands scorching the earth in 1974’s “A Woman Under the Influence.’’ From them follow Norma Rae and the Goodbye Girl, Annie Hall and the Coal Miner’s Daughter.

And Erica and her relatives, the characters Jill Clayburgh brought to life in her peak film run from 1976 to 1983, after graduating from Sarah Lawrence and making her mark on the New York stage in the 1960s. At her most popular, she appeared in 10 movies in seven years. Some were duds of towering wrong-headedness — who thought an actress who imbued averageness with unexpected grace could play the elegant Hollywood madcap Carole Lombard in 1976’s “Gable and Lombard’’? Others were failures of ambition: I’m glad I saw Clayburgh as an incestuous mom helping her son shoot up heroin in Bertolucci’s “Luna’’ (1979), but I don’t think I need to see it again. (Which is why I probably will.)

More interestingly, she was Hollywood’s go-to romantic lead for a few years, the object of Gene Wilder’s ardor in “Silver Streak’’ (1976) and a playful foil to Burt Reynolds in “Semi-Tough’’ (1977) and “Starting Over’’ (1979). The latter, a touchingly funny tale of divorced misfits, pitted sweetly neurotic Clayburgh against Candice Bergen, a sardonic glamour goddess in the classic mold and a woman who probably could have played Lombard. The movie left you with no doubts about where your sympathies should lie: With the rival most like you and me.

Well, it was the ’70s, and we didn’t trust glamour gods just then. The pendulum would swing back in the 1980s with the arrival of a new generation of strong actresses playing strong heroines: the Jodie Fosters and Susan Sarandons, the Glenn Closes and Jessica Langes. Can you imagine Clayburgh in the raucous, special-effects playland of the Reagan era, going up against aliens and the Ghostbusters as Sigourney Weaver did?

No, she was made for more nuanced times and less digestible truths. Do yourself a favor and rent “An Unmarried Woman’’ — one of Clayburgh’s two Oscar nominations (the other was for “Starting Over’’) and a film that has aged beautifully despite giving Erica an easy out in that raffish artist boyfriend played by Alan Bates. The film and its central performance are living, breathing relics of a time when we said we wanted our movie stars to be as much like us as possible — and we actually meant it.