The ABCs of Japanese horror: Shindô wrote the book for a genre 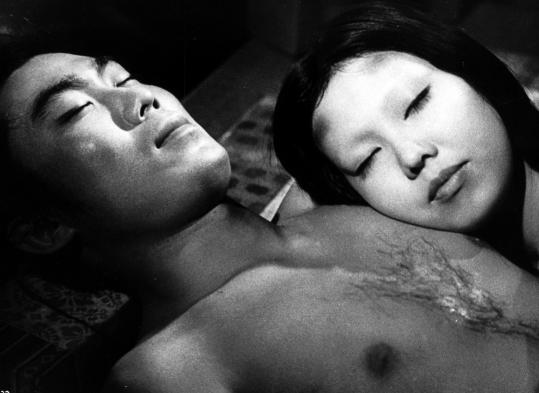 Good morning, class. Today’s lecture on the roots of Japanese horror movies focuses on “Kuroneko’’ (“The Black Cat’’), a 1968 black-and-white classic by the underrated writer-director Kaneto Shindô. Perched ambitiously at the intersection of high art and low trash, it’s based on a Japanese folk tale, and there’s a witchy, atmospheric timelessness to the movie that extends well past the unadorned sets.

You know you’re in good hands from the opening image, a long shot of a ragged medieval samurai army emerging from the forest with surreal quickness; one moment they’re not there and then they are. The soldiers enter a farmhouse and have their bloody way with an old woman (Nobuko Otowa) and her young daughter-in-law (Kiwako Taichi). With their deaths, the movie proper can begin.

The vengeful ghosts of the two women set up shop near the Rashomon Gate, luring wandering samurai in with the promise of food and sex, then feasting on their blood. Shindô lets the first seduction play out at daring length; after that the corpses pile up with abandon. Deciding to act, the preening local warlord (Kei Satô) sends a young samurai (Kichiemon Nakamura) to vanquish the monsters, not knowing that his chosen hero is the son of one ghost and husband of the other. The back half of “Kuroneko’’ plays as a classical tragedy of love, sex, betrayal, and severed demon limbs.

All good stuff, but the film’s most striking aspect is the way it emphasizes that classicism with elements of Noh theater, taiko drums, and ritualized Japanese dance, intermingling them with eerie cinematic tricks and frissons of gore. With its stylized acting and the occasional back-flipping swordfight, “Kuroneko’’ seems equally untethered from reality and a harbinger of J-horror’s future.

While the movie shares a setting with Akira Kurosawa’s celebrated “Rashomon’’ (1950), the two couldn’t be more different. Kurosawa wanted to plumb the nature of truth and perception; Shindô uses his piercingly strange otherworld to launch an attack on society. “Kuroneko’’ goes out of its way to lampoon the postures of manly men, with its savage, foolish samurai warriors and a hero who’s rewarded for random luck on the battlefield. Behind this movie’s serene vision of horror is a rage at the way beauty and tenderness are ground into the dirt.

Shindô’s best-known work, the still-startling “Onibaba’’ (1964), shares both that grim lyricism and its vitriol; that the director’s huge filmography is only now receiving the attention that came to Kurosawa, Mizoguchi, Ozu, and other giants of Japan’s golden age is more than a little bewildering. At least he has the last laugh: Aged 98, Shindô recently completed production on his 45th film. “Kuroneko’’ is playing at the Kendall in a new 35mm print in which you can and should get happily lost. Class dismissed; there will not be a quiz.

Written and directed by: Kaneto Shindô