‘Marmaduke’ lives down to its pedigree 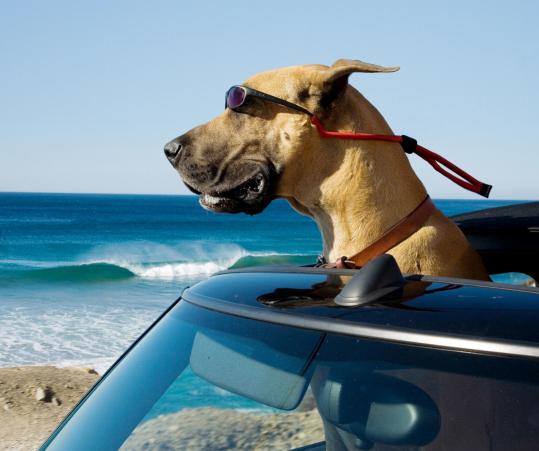 When one of the last sounds you hear in a work of family entertainment is a Great Dane passing gas, there’s only one conclusion to be drawn. The movie hates your family. That’s fine, since it’s likely that your family will hate “Marmaduke,’’ a sleepy carnival of talking animals based on a laughless comic strip that debuted in 1954 and refuses to go away. The movie bears a loose resemblance to its source material and makes the heart long for the crassness of “Beverly Hills Chihuahua,’’ which is, if only by comparison, a work of grand ambition.

“Marmaduke’’ has Owen Wilson lazing his way to another dubiously earned salary. Between this assignment and “Marley and Me,’’ he should be checked for fleas. It’s his voice that whines in every scene as the majestic dog who can’t help but behave in obnoxious ways meant for us to find cute. After one scene of the dog dragging around Lee Pace, who plays Marmaduke’s owner, I’d seen enough. But more awaits. When Pa gets a new job at an organic pet company, the dog’s family ditches Kansas for a quiet street in Orange County, Calif., where Marmaduke makes friends and enemies in the local dog park.

The pets interact with each other as humans do — they’re petty and territorial. While the humans’ mouths are stuffed with bogus sentiment: “A real top dog looks out for his family.’’ Sigh. Pace and Judy Greer, who plays his wife, are two likable actors who have never been worse. Every line sags with forced cheer. I imagine a prescription drug is the only way to put up with farting dogs even after the studio’s check has cleared. The movie seems to hate the actors, too.

The true selling point is the composite technology, which puts computer-generated mouths on actual dogs. It’s almost sophisticated enough to be seamless. But in the many instances in which the camera requires an object to appraise, an audience is free to notice that the parts don’t quite match. The resulting sight resembles the animated interludes on “Monty Python.’’

Other animated effects are put to depressing use. Marmaduke surfs fake-looking waves and leads the atrocious, all-dog dance number that closes the movie with the camera spinning and soaring. You watch the animals’ bodies lurch and jerk to the Romantics, and lament: “Not since ‘Scooby-Doo.’ ’’ Minutes later, we’re sent out of the theater with a closing-credits sequence in which a lemony liquid appears to spread across the screen. We’ve just been treated like a fire hydrant.