It’s not that easy being green - or good 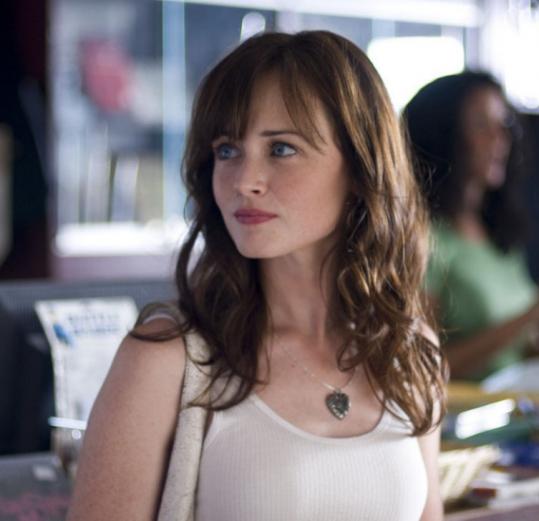 Beth (Alexis Bledel) is a conservationist who is seeing a pair of bankers: one arrogant, one square. (Walter Thomson/Roadside Attractions)
By Wesley Morris Globe Staff / March 5, 2010

Were it smarter or more entertaining or simply better made, “The Good Guy’’ could have been a decent anthropological survey of the Wall Street wilderness. The scheming, the starch, the self-regard. It instead wants to be a romantic drama. That’s a mistake. For that you would need high stakes, shameless acting, and the sense that love means something more than falling for a banker because he, too, likes “Pride and Prejudice.’’ “The Good Guy’’ sits several rungs lower. It’s network television drama, starring actors best known for their TV work and full of the petty gripes and mild worries of characters who really have nothing compelling to worry about.

It’s tough to tell this movie from “Men in Trees,’’ “One Tree Hill,’’ “October Road,’’ “Raising the Bar,’’ or “The Deep End,’’ shows with young people trying to figure out their lives. That’s the flaccid gist of “The Good Guy.’’ Beth (Alexis Bledel, “Gilmore Girls’’) likes two men. Tommy (Scott Porter, “Friday Night Lights’’) makes a lot of money at an investment bank. Daniel (Bryan Greenberg, “October Road’’) works with Tommy, but he likes technology and women who do more than hope bankers pick them up. Which man will she wind up with? Who cares?

Beth and Tommy just started dating, but because he’s seeing other people, he’s rarely around and permits her to spend time with Daniel because Daniel is so square. Porter would actually be OK in a character study about a sociopathic moneyman whose high is picking up women. He’s corrosively arrogant - which is not to say he’s interesting.

Presumably to shake things up, Beth is a conservationist. It’s a line of work that rarely comes into play. She and Tommy never fight about the green industries he’s lucratively betting against. She and Daniel never bond over the joys of composting. Although all those shots of her just sitting in Central Park or at her kitchen table suggest that a pitiful amount of imaginative screenwriting is being conserved.

While Beth waits for the phone to ring and we wait for Tommy to overreact to Daniel’s friendship with Beth, men in nice shirts sit in front of computer screens, talk about money, and go out to drink and pick up women. The truth is that there are very few ways, in our current socioeconomic climate, to create conscionable young capitalists.

When Tommy and his coworkers compete for phone numbers, it’s like watching a CNBC nature special. When Tommy drags Daniel to Greenwich Village for a makeover, it’s odd, since Tommy is just as generically dressed as any guy who spills his drink on you - worse actually. But this movie, written and directed by Julio DePietro, seems unaware of how obnoxious and dull these men are. Otherwise, we’d be spending more time with Beth in eco-ville. As it turns out we’re better off. Bledel is emotionally monochromatic, and Beth’s friends are man junkies.

Their book club features very little book talk (for what it’s worth, Humbert Humbert is described as a hopeless romantic) and a lot of drooling over Daniel. As it happens, Greenberg is the only thing to recommend about the movie. Fortunately, since he’s currently starring in a similar but much better new HBO show, “How to Make It in America,’’ I can recommend that instead.

Correction: An earlier version of this review mistates the name of one of the characters. It's Tommy.

THE GOOD GUY Written and directed by: Julio DePietro